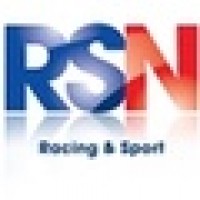 Radio Sport National is the name given to our network of racing and sport radio stations across the state of Victoria in the south-east of ... See more Australia, also reaching into Tasmania through Tote Sport Radio, and into Canberra through Radio ACTTAB. The network has a long history. Radio Sport National's predecessor, Sport 927, grew out of Melbourne's oldest commercial radio station, 3UZ Pty Ltd, which first broadcast in March 1925. 3UZ itself has a long and glorious past, and has a fond place in the hearts of the people of Melbourne. Through the decades and with highly-successful broadcast formats it has met the changing tastes and interests of the community. In the past, the people of Melbourne have been entertained and informed with: great singers and entertainers of the 1920's and 1930's; all the news of wars, triumphs and disasters; classic radio serials and quiz shows; coverage of most of the greatest football Grand Finals and Melbourne Cups; and many of the greatest personalities in the history of Australian radio including Graham Kennedy, Bert Newton, Tony Barber and John Blackman.

RSN- Racing & Sport (formerly Radio Sport National) is one of Australia’s leading producers and providers of racing, wagering, and sport program content. RSN broadcasts in analogue -927AM- and digital throughout Melbourne and across regional Victoria. RSN programming and podcasts can be sourced on the web www.rsn.net.au or via an iphone APP.... Whatever the listening platform, tune to RSN to enjoy the most creative, innovative, relevant racing and sport content experience. See More