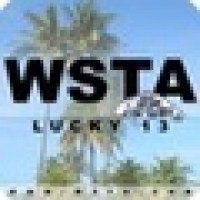 It started in an obscure little building nestled in the heart of Frenchtown. Today, WSTA 1340 AM Stereo has grown to play an important role ... See more in holding our community together. The station started as a "get away from it all" retirement hobby for William N. Greer who had wired most of the radio stations in Puerto Rico. Upon his retirement to St. Thomas, Greer decided to start his own radio station. This was 1950. At the time what we now know as Waterfront didn't exist and the time was ripe for a local radio station. It was his opinion that the economy at the time could not commercially support more than a 50 watt station. As a result, he filed the first ever commercial application to the FCC to run a station of so little power. He then proceeded to build his own transmitter by hand. With the help of volunteers in the Frenchtown community, especially the Quetel family, he soon had a small concrete structure built that would house the facility for the next 25 years.

The number one radio station in the Vigin Islands - http://www.wsta.com/

It started in an obscure little building nestled in the heart of Frenchtown. Today, WSTA 1340 AM Stereo has grown to play an important role in holding our community together. Throughout the years, everything in the community has somehow tended to center around the Lucky 13. For years, without other stations to produce signal interference, 250 watts was sufficient to broadcast as far away as Antigu...a. This resulted in the radio station being a message center for the Caribbean. In 1984, Addie Ottley, under the company name Ottley Communications Corporation, bought the station, and a year later the power was boosted to 1000 watts of stereo power. It was with this power, the foresight to build to withstand nature's force, and satellite communications, that the Lucky 13 was able to remain the island's guiding force. During Hurricane Hugo and Hurricane Marilyn and again during Hurricane Lenny, WSTA was the only station on the air 24 hours a day throughout the storm. WSTA is celebrating as it reaches 60 years as Addie guides the station. See More