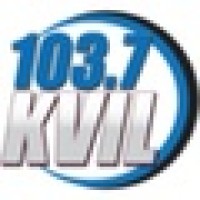 http://kvil.comKVIL (103.7 MHz, AMP 103.7) is a commercial FM radio station licensed to Highland Park, Texas and serving the Dallas/Fort Worth Metroplex in North Texas. The station is owned by CBS Radio. The station's studios are located along North Central Expressway in Uptown Dallas, and the transmitter site is in Cedar Hill off West Belt Line Road.[1]

KVIL broadcasts in HD. Its HD-2 signal carries a Smooth Jazz format, known as "The Oasis."