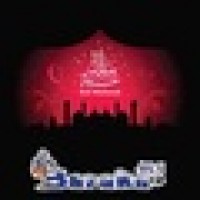 Baraka FM is a regional media house serving the Kenya’s Coast region through broadcasting on 95.5 FM, on-line via www.barakafm.org and Baraka FM Events.

The operations were officially launched on 4th February 2000

It the radio section broadcasts from its transmitters in Mazeras reaching areas like Mombasa, Lamu, Malindi/Kilifi, Taita Taveta, Kwale, Meru, Parts of Machakos, Tana River and Bachuma (Border of Tanzania).

Coast People – which interviews profiles of people and their activities

Coast Life – which touches on various issues such as health, marriage, family & parenting.

Programs are tailored to inform, educate and entertain the listeners.

Being an FM station, hourly news broadcasts; weather updates; traffic; music and community announcements are also core to the station.

The station also airs talk shows that discuss socio-political, environmental, economic issues that are affecting the community on a daily basis. We actively interact with our listeners at such times, by taking live calls where they express their opinions on issues raised.

The station broadcasts are In Swahili, Slang and English.

We Have a tight schedule that runs for 24 hours every day as you will see from our run through.

During 1999, FEBA Kenya were granted a licence to establish the first Christian FM radio station in Mombassa, the country's second largest city. Although without ... See more staff or studio, Baraka FM - Baraka is Swahili for "Blessings" - was quickly put on air once the licence was received and, using a temporary transmitter/antenna, marked the frequency by playing music.The No. 1 FM station at the Kenyan CoastBaraka 95.5 FM has been the peoples voice for the last 11 years in the Coast region. Baraka FM has the highest reach 299,000 listeners per week (Mombasa alone) and has continued to speak directly to the Coastal community as well as giving them a platform to air and discuss issues affecting their lives through its programmes and language. 08/19/201187751, Mombasa, Kenya, 80100Live Nos- +254 722 479 800 or +254 735 579 800 sms No. +254 714 949 080info@barakafm.orghttp://www.barakafm.org

Joseph Mwau
Its a very wonderful radio station and cant avoid listening to it while at the coast.... Now at Nairobi but streaming online for the gospel hits...like this station Would also like to work with the same since am journalist
2016-11-06 13:01:02 Report comment