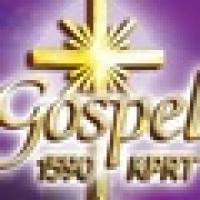 On-Air Personalities Freddie Bell Mornings (6am-10am) Debbie Dee Middays (10am-3pm) AFTERNOONS AND WEEKEND PERSONALITIES... Kim Latrice Stacey Rhymes Lady T Ed Adkins Chris Simpson Brian B Shynin' History In 1950,Andrew “Skip”Carter began operating KPRS as the nation’s first Black radio station west of the Mississippi River although it was still owned by former Kansas governor,Alf Landon. KPRS,1590,debuted as a 500-watt daytimer (now home to sister station KPRT) with a playlist that consisted of R&B and soul. In 1951,KPRS opened its first studio at 12th and Walnut street,Kansas City,Missouri. By 1952,Carter and Ed and Psyche Pate became business partners and purchased the station for $40,000 from the Johnson County Broadcasting Corporation. They moved KPRS to a new site at 2814 East 23rd Street in Kansas City. In 1969,the Carters had controlling interest in the station. In 1971,KPRS-AM moved its programming to the 103.3 frequency on the FM dial became KPRS-FM,“Hot 103 Jamz”and the 1590 frequency became KPRT-AM,“Gospel 1590,The Gospel Source”an urban gospel-formatted station. The studios and offices moved to the Crown Center and the Carters moved to Florida to open a new corporate headquarters. Then four years later in 1975,KPRS Broadcasting Corporation,which was later renamed Carter Broadcasting Group,became one of the first fully automated radio stations in the Midwest,and in the country for that matter. Ensuring the business would remain a family-run entity,Michael Carter,Andrew’s grandson,was named president of the company. One of his first moves was to take both stations back to the “live”formats. Michael Carter,who actually made his radio debut at age 8 on KPRS-AM,also made KPRS a 24-hour station. In 1989,station owner Andrew Carter died at his Florida home. The Black radio pioneer’s legacy lived on and moved forward. His widow,Mildred Carter became chairperson of the board and the stations continued to grow and to solidify its standing in the Black community with various outreach programs and promotions. In 1990,KPRS-FM jumped from 8th to 5th in the Kansas City market,according to the Arbitrons. Also in the 1990s,KPRS stopped playing what it perceived as negative hip-hop or gangsta rap and explicit and overtly sexual R&B. In 1995,KPRS picked up the Crystal Award from the National Association of Broadcasters. The Carter Broadcast Group celebrated its 45th anniversary in 1995,and had its highest ratings ever,reaching the number one slot for that year. In 2000,the company celebrated its 50th anniversary. The Carter Broadcasting Group,owners of KPRS and KPRT in Kansas City,along with The Sherman Broadcast Group,were co-owners of an Urban Contemporary station known as KSJM “107-9 Jamz”in Wichita,Kansas. The two groups recently sold KSJM to The Ag Network Group which dropped the Urban format for Country as KWLS “US-107.9″on January 19,2008. See More