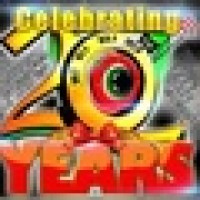 Kairi FM is a set of broadcast radio stations in Dominica providing Caribbean and Tropical music as well as Community News and Information on a ... See more variety of frequencies throughout Dominica. Kairi FM's flagship station is in Roseau broadcasting on 93.1 FM.

Kairi FM started broadcasting on November 14 1994 on Old Street in the capital city of Roseau on two frequencies of 107.9 and 93.1 Three years later the station moved to a bigger building in the city as the first building had become too small and business continued to grow rapidly within the organization .The business was operated by shareholders from 1994 to 2000. In 2001 the main shareholder, f...ormer US police officer and current businessman Frankie Bellot bought over the entire company and then moved to his personal property on Independence Street from where the business now operates on the assigned frequencies of 107.9, 93.1.91.1 and 88.7 FM. Bellot, a Dominican by birth, hails from the cultural and scenic southern village of Grandbay and also serves on boards of various companies in Dominica. Bellot is the owner of one of the islands main printing companies, Krazy Tees and Prints Banners, T shirts and logos and crests for high schools in Dominica including staff uniforms for various companies. We are popularly known for the station with the biggest T-Shirt band every year bringing 2-3 thousand participants including Dominicans living abroad who register for the band annually. We have the biggest entertainment centre on the island just one mile away from the city of Roseau. The new entertainment centre is well known for hosting popular regional and international artists who have made it to the top music stands in the region. Kairi FM is the leading news medium in Dominica with Shermain Bique as News coordinator. Miss Bique has experience in news and current affairs she gained from training at the CNN and the Dominica Chronicle. Former CGN/Trans World Radio International staff Steve Vidal is now Program Manager/ Manager. Former Dominica Queen and former ZDK radio News Director Miss Kamala John Baptiste Aaron is host of the biggest talk Show in Dominica ‘The Heng’ Kairi is also known to be the station with the most popular talk shows on the island-The Heng-Monday to Friday from 7-9am Our 2001 survey showed we had 75% of the listener-ship in Dominica. With the advancement in technology, we have been able to cover the entire island. We are also heard 24 hours a day on SAT TV channels 13 and 60 and Marpin’s channel 98. Our 107.9 signal is also heard in Guadeloupe. KairiFM is heard via the Internet 24 hours daily. Listeners have the option of listening to 107.9 or 93.1,91.1 and 88.7 on the Internet. We are the only station in Dominica that provides listeners with the option of listening to the frequency of their choice via the Internet. We are also able to carry two live broadcasts at the same time on our various frequencies. Our Ftp site also allows us to access and provide information to other media houses or businesses around the world. In this case we never miss out o our programs but instead keep up with the pace of other major media houses in the region and around the world.. We are the only station in Dominica which is controlled remotely to ensure the station remains on the air 24 hours daily. KairiFM is well known for its great contribution towards education of the islands youth with a daily school program from 4:15 with a youth -oriented program and other women’s programs on the mid-morning show, religious programs on the weekends and political and other community based programs weeknights. We cater for people of all sectors of society. We are popular for raising over 60 thousand dollars for the education trust fund in Dominica, our contribution to the Dominica cadet corpse and Police service. Kairi was the main station to bring live coverage of the first Windward Islands vs. Barbados tournament and other regional and international matches. Kairi is the only station that allows you to see and hear your broadcast while it is being carried live on radio. We have been able to work with the most competent sports casters on the island in the persons of veteran commentator and tutor Havis Shillingford, Joseph Thomas, Traucher Doctrove and Andy Carter. We were the main station in Dominica to bring live the ICC Cricket World Cup 2007. Kairifm is the only radio station in Dominica to be relayed by two regional stations on a daily basis. We are relayed by Variety radio in Antigua and Caribbean Harmony in St. Lucia. WEA in United States also uses our content on weekends. We are the first for breaking news on the island with our morning, lunchtime and evening news being the first among the four stations in Dominica-6:30am,1pm and 5:30pm with news at the top of each hour from 9:am-4:00pm. We have been recognized by many people both locally and regionally as the most popular station on the island. We have total of 14 full-time employees on staff and 5 part timers/volunteers. We will continue to inform, educate and entertain. We can be contacted through our CEO Franki Bellot at tel 235 8752, Manager-Steve Vidal 275 0569 or Sales Manager-Heston Charles- 6164229 or 1767 448 5453. Our advertising rates are the best on the island. See More