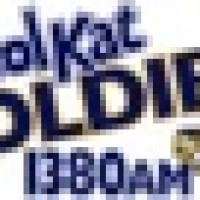 Shortly thereafter, on July 13, the call ... See more sign was changed to WRKG and a pop standards format was installed.

The WRKG calls stood for their new slogan, "WoRKinG for you is our business.

" The station's studios were moved to the Antlers Hotel in downtown Lorain, of which Veard also owned.

The station still remained as a daytime station for many years, with overnight service (via just 57 watts) being added as of the fall of 1986.

Among the air talent that was on "Golden 13 Radio" at this time included Dick Conrad, John Antus, Donovan "D.

headed by Vernon Baldwin, who was also the owner of WZLE 104.

(Clear Channel Communications since acquired WZLE in 1999 and changed the music format to Top 40 as "Kiss 104.

") WRKG's format changed to country gospel during the day with personalities Terry Lee Goffee and Teri Drda, with Hispanic music played in the evening and overnight hours.

By the spring of 1997, WRKG entered into a daytime-only simulcast arrangement with WELW in Willoughby, Ohio.

Accordingly, the callsign was first changed to WELL on June 6, 1997 — but eventually switched it again to WDLW that August 1.

The WDLW calls previously were used on a Waltham, Massachusetts station during the 1980s.