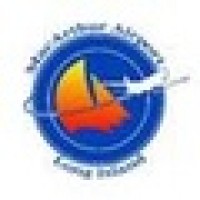 The Town of Islip owns and operates Long Island MacArthur Airport located in Ronkonkoma, New York, 50 miles outside New York City. The airport is among the top 90 airports in the United States in terms of passenger volume of approximately two million in 2009. More than 5,000 passengers fly MacArthur Airport each day. The airport’s two commercial carriers – Southwest Airlines and U.S. Airways E...xpress – are among the top ten airlines for on-time performance nationwide, contributing to MacArthur Airport's reputation as the “No-Hassle” airport. The Airport’s mission is to be a leader in providing safe, efficient and competitive air travel service. Our motto is “Relax...Your Vacation Starts Here.” Go to http://www.MacArthurAirport.com/ for more information. See More