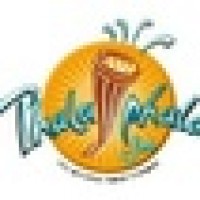 One of PBS Portfolio of radio Stations which was born on 2 February 1965.

One of PBS Portfolio of radio Stations which was born on 2 February 1965 •The Station came into being after the integration of Radio Venda and Radio Thohoyandou •As Radio Venda, the Station shared time with the then Radio Tsonga, now ML-FM, for Three hour a day. •Now on 24\\7 broadcast schedule. •Coverage includes Limpopo, Parts of Gauteng, North West and Mpumalanga Provinces •Boasts a record of 926 000 listenership •TSL is 23hrs per week, the third highest in the Country

david ndlovu
can you please do me phalaphala FM a favour by changing the name of divhula Vhembe to this interesting name a frukica I Kho bvuma,because this will allow the station to play more than less % in our music only in this programme, because it will be playing songs from around Africa as usually.
2016-09-19 16:09:12 Report comment
thomas maumela
request for access into radio phalaphala fm
2016-08-03 12:22:36 Report comment