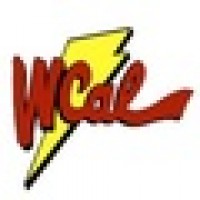 WCAL 91.9 FM is a student-run college radio station serving California University of Pennsylvania and the surrounding area. Station plays "active rock" and utilizes a ... See more large rock libray spanning the last few decades of of rock music from the hits of the '70's to current hits.

To let students get experience being DJs.

WCAL is owned by SAI and operated by university students. WCAL, formerly known as WVCS, obtained its new call letters on March 15, 2005 after 34 years of existence. Founded in 1971, WCAL is a 24-hour a day, 3000 kilowatt, non-commercial radio station that services a five county region including Washington, Fayette, Greene, Westmoreland, and Allegheny counties. In addition WCAL has listeners in par...ts of West Virginia, Maryland, and Ohio. WCAL's typical audience member is male between the ages of 16 to 35 years old. 91.9 FM employs an "active rock" format. The "active rock" utilizes a large rock library spanning the last few decades of of rock music from the hits of the '70's to current hits. WCAL offers students at Cal U the chance to get experience as a DJ, ad manager and lot of other things. To become a DJ you must first be a student of Cal U then you must come down to the station (located behind the bookstore) then you must train with a DJ for 8 hours. Then take a written and board test. AIM: WCAL919 See More