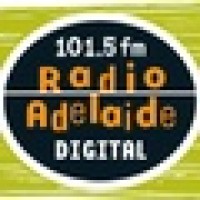 Programs are diverse and varied with a strong focus on news and current affairs, local issues, lifelong learning, arts and culture and community access.

Music starts at the edge of mainstream/pop and expands into a realm of exciting world styles.

As part of our commitment to supporting and promoting the arts in South Australia, we broadcast weekly specialist music programs not often heard on other stations - classical, jazz, blues, folk, bluegrass, country, Latin, indigenous and ethnic.

Listeners are linked by interests and attitude rather than age and are often involved in the arts, education and music.

With more than 400 volunteers Radio Adelaide brings a wealth of skills, talent and community networks to the airwaves.

We produce high quality and imaginative programs and play a key role in Adelaide's cultural life.

Our achievements have been recognised by over 70 broadcasting awards in the last 10 years.

As a progressive broadcaster Radio Adelaide was the first community station to broadcast on the internet 24 hours a day via streaming audio.

Radio Adelaide is one of Adelaide's most popular community stations, over 88,000 people listen every week.

They are diverse like our programming and linked by interests and attitude, rather then age.

Our signal reaches across the Adelaide metropolitan area to - the Mid-North, the Yorke and Fleurieu Peninsulas, the Sourthen Barossa, KI, riverland and parts of the Eyre Peninsula.