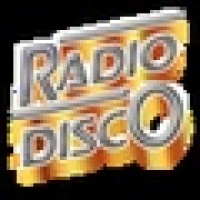 Radio Disco is turning out to be very stable with no dropped streams and a little time-outs for re-buffering. Listening to Radio Disco is simple ... See more and you only need to leave your browser open, and while you listen to it you can do whatever you want! This rapid and stable enhancement in the streaming of audio delivery is mainly recognized by those who really love music. The treasures of music are now being aired through web radio and its amazing diversity is really magnificent. The variety of the music genres are very satisfying with the assistance of internet radio one could select from the option of musical spectrum ranging from reggae, hip hop, Electronica, Latin, R&B, honky tonk, bluegrass, easy listening, doo wop, metal, folk, disco, New wave, Americana, etc. But the first complete disco radio on web is without any doubt RadioDisco, where you could hear songs 24*7, choosing from the 70's as well as of near 80's. There are different software's available to assist you capture those preferred music streams, saving them and take pleasure in listening to them over and over.

Radio Disco is the internet's most listened-to Disco Music station! We are commercial-free and play only the biggest Dance Classics from 70's and 80's!