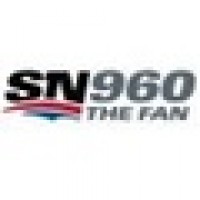 Sportsnet 960 The FAN - CFAC is a broadcast radio station in Calgary, Ontario, Canada, providing Sports News, Talk and Live coverage of sports events. ... See more CFAC is the home of the Calgary Flames.

Sportsnet 960 The FAN - Calgary's all-sports radio, and home of the Calgary Flames.

Sportsnet is the Canadian leader in MLB television broadcasts and is home to 162 Toronto Blue Jays games, plus the MLB Postseason and the World Series.

Sportsnet Central is the network’s nightly news program, providing regional and national coverage of the day’s events in the world of sports.

Launched in 1998, Sportsnet has been owned by Rogers Media since 2001.