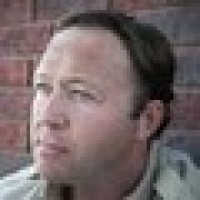 Stone Shadow
This link to YouTube is for the Songs/Videos + the Lyrics of both the English and Spanish versions = #1 - Colorful Racism and White Supremacy. #2 - Nadie Quiere Ver. https://www.youtube.com/channel/UCBHmlk8EXFi__sMX9CfmvCA Inspired by Black Lives Matter and the Capital Hill insurrection disgrace. Play for others = share if you care. Tap the above link or moon with your finger 3 times to play the songs/videos. Negative Media Attention Seekers = if you’ve been conditioned to hate North America so much leave it + alone.
2021-11-02 19:32:07 Report comment
m6files....canada
Still in a state of disbelief that the simple question has not been asked of the Trump camp. is it legally possible to declare bankruptcy concerning the U.S. deficit and turn over a new leaf/new start as Mr Trump has demonstrated several times in the past with his own business practice...I guess he will carry a vary big stick.
2016-10-05 15:44:46 Report comment
Gary A Conway, Canada
I have been listening to your show for the past couple of years. Couple things I would like to bring to your attention. You keep boasting program is broadcast is world wide now, ok, great, how about stop all the references to movies that you think are similar to what it going on. People around the world do not watch all the bull shit hollywood movies americans do and they are not really missing anything. I lived in China from 2004 to 2009, The way to referr to the chinese people when your talking about shit the government does is not very nice. The people of china are victems of the same shit gov, you have in the USA only they have had more pratice at manipulating people. Dont think for a second the Chinese people like what is going on. I also have some very close Russian friends and its always interesting to chat with them about what is going on in the world. I found it very interesting when in China what tv programs were being viewed coming from the states. I was so shocked to see Jerry Springer oh yeah, its true showing reruns in China. I have traveled to many countries in my life and found that most people that have any real understanding of the world and why things are happening are because of the USA and its military power trip. You Americans have been sleeping on watch and now the entire world will pay the price for your failure to keep your government in line. Not one banker in Jail, pity. I guess you can't them in jail when the really bad ones are already in the white house. I could go on and on but not much point in that.
2016-05-02 20:11:54 Report comment
Rick Langley
This free radio feed of the Alex Jones show is awesome!
2016-03-14 19:29:10 Report comment