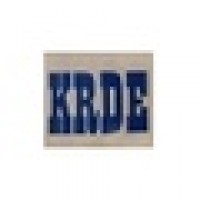 KRDE - The Real Story In 1987 an FCC application window opened for a low power, 3 kw Class A* License in Globe. After a ... See more year of waiting for a comparative hearing, the first construction permit was granted. The following eight years were spent doing upgrade applications and engineering work. Finally, in October of 1995, the station went on the air as KRXS (K Rocks 97.3) as a 25 kw Class C3* station. A lot of time was spent learning the radio business and finding a format that would work in attracting listeners and sponsors. Another upgrade application was started in the never ending effort to improve the signal. In 2002 the station was granted a 50 kw Class C2*. In 2005, as requested by the FCC, the station changed frequency to 94.1 FM. At that time the calls letters were changed to KRDE (The Ride) to reflect our Country music format. In 2005, we also purchase a building and moved our studio location to 800 N. Main Street in Globe, where we are currently located. KRDE continues to improve and grow. In March of 2011 we again increased our power. The new, more powerful KRDE is now a 100 kw Class C1*. KRDE is one of the few independently owned radio station in the United States. The KRDE license is also one of the very few owned by a minority female.

KRDE, The Ride 94.1 FM is your station for all great country music: old, new, and local artists!

KRDE, The Ride 94.1 FM has been around since 1995. We play great country music...doesn't matter if it's old, new, or local. Great music is what you hear! Tim and Willy: weekday mornings from 6am to 9am will keep you laughing! Mindy E with the Country Convoy kicks it in gear from 12p to 6p.