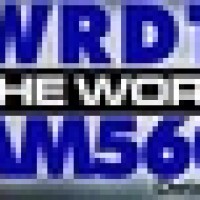 The station broadcasts in AM Stereo with 500 Watts daytime power and 14 Watts nighttime power from a transmitter located in Ferndale, MI.

Its low dial position and strongly directional signal give the station good coverage of the Detroit market, despite the low wattage.

Three years later, in 1959, the call letters were changed to WQTE and the format was flipped to Adult Contemporary followed by Top-40 in 1960.

Only a year later, the WQTE made the move to an Easy Listening format which proved to be successful.

In 1974, the station was purchased by Greater Media which changed the call letters to WHND "Honey Radio", shadowcasting their FM station WHNE featuring oldies rock & roll.

7FM's format was changed to Adult Contemporary, leaving WHND AM560 as the standalone oldies station.

1996 meant more change to the AM560 dial location and the end of WHND "Honey Radio".

The station transitioned to WLLZ, featuring a variety of Spanish-language programming, some old "Honey Radio" programming, and Smooth Jazz.

In June of 1997, AM560 was purchased by Crawford Broadcasting who changed the format to Christian Talk as "AM 560, the WMUZ Word Station".

On August 11th, 2003, the call letters were officially changed to WRDT.

Today, WRDT serves up the best in Christian and conservative talk including Defending the Truth with Bob Dutko, weekdays from 2:00 pm to 3:00pm and from 4:00 pm to 5:00 pm every weekday on WRDT.