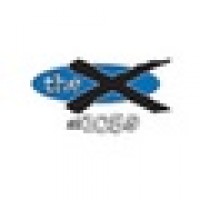 Radio Home of The Pittsburgh Penguins.

WXDX-FM (branded 105.9 The X) is an Alternative Rock radio station based in Pittsburgh, Pennsylvania. Owned by iHeartMedia, Inc., the station broadcasts at 105.9 MHz with an effective radiated power (ERP) of 15.5 kW. Since October 2006, WXDX has been the radio flagship station of the National Hockey League's Pittsburgh Penguins.

105.9 FM signed on as WAMO-FM in 1948 and had the most powerful signal coverage in western Pennsylvania. It also had various formats during its early years, which also included Album-oriented Rock, Disco,[1] and CHUrban. However, it had better success with its Urban Contemporary direction. In 1974, WAMO-FM and WAMO began separate programming. WAMO aired gospel programming on weekdays, while on weekends, it simulcasted WAMO-FM. WAMO-FM was formatted as an Urban contemporary station with gospel programming on Sunday.

WXDX was one of six stations in the Clear Channel roster that dropped Howard Stern in February 2004 (however, Stern would show up on WRKZ later that year). Howard began airing on WXDX in November 1995 (when it was still on 106.7 FM).

Last comments on The X - WXDX-FM