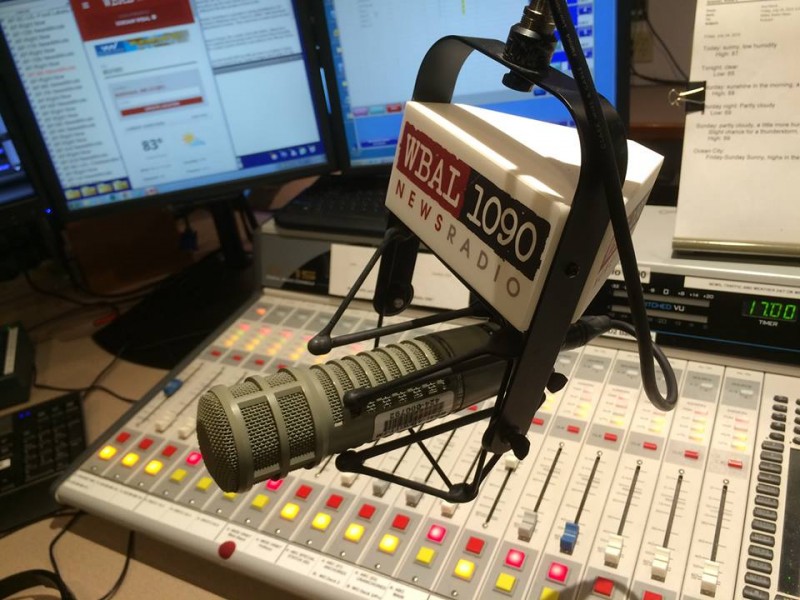 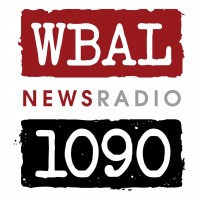 WBAL Radio (1090 AM) is Maryland’s dominant and most powerful radio station. Since 1925, generations of Marylanders have turned to WBAL Radio for news, weather.

See more thought-provoking discussions and sports. As Maryland’s only 50,000-watt AM station, WBAL’s signal travels substantially further than any other station in the state and beyond. The station’s news/talk format is both a source of information and entertainment. WBAL Radio also employs the largest news staff of any radio station in the state, providing in-depth reports on local and regional issues. WBAL Radio is also the flagship radio station for Baltimore Ravens football. According to the Arbitron ratings service, WBAL Radio is consistently one of Maryland’s most listened-to radio stations. WBAL Radio is owned by Hearst Stations, Inc., one of the nation’s largest diversified media companies. Its major interests include magazine, newspaper and business publishing, cable networks, television and radio broadcasting, internet businesses, TV production and distribution, newspaper features distribution and real estate.

WBAL NewsRadio 1090, the flagship station of the Orioles and Ravens, is Maryland's station for local news, talk, sports, & more.

WBAL Radio (1090 AM) is Maryland's dominant and most powerful radio station. Since 1925, generations of Marylanders have turned to WBAL Radio for news, weather, thought-provoking discussions and sports.

As Maryland's only 50,000-watt AM station, WBAL's signal travels substantially further than any other station in the state and beyond.

The station's news/talk format is both a source of informati...on and entertainment. WBAL Radio is owned by Hearst Stations, Inc., one of the nation's largest diversified media companies.

Clarence M. Mitchell, IV, known to WBAL listeners as "C4," brings a lifetime of political experiences and relationships to WBAL NewsRadio. C4 is a part of a four-generation family legacy of politics and public service in Maryland.

He was elected to the Maryland State Senate in 1998, representing the same legislative district that his father, Senator Clarence M. Mitchell, III, had represented for 20 years. Because of his family's political tradition, his politics are often difficult to define. Even as a Democrat, he supported Republicans like Governor Robert L. Ehrlich, Jr., but he has also legally challenged the gerrymandered redistricting map created by then-Democratic Governor Parris Glendening.

Like his opinions or not, The C4 Show will make you think and always invite you to be a part of the discussion. Tune in weekdays from 9 a.m. to 12 p.m. on WBAL NewsRadio 1090.

Brett Hollander loves talking sports. Ravens, Orioles, Terps, Navy and everything from lacrosse to horse racing. A Baltimore native, Brett Hollander has covered those teams for many years in radio, even though Brett is only in his twenties.

Brett's passion for sports broadcasting began when he was a youngster, listening to WBAL NewsRadio 1090. He considers "Sportsline" to be the preeminent Baltimore sports program. "My favorite sports memories were attending the Ravens home playoff game against the Broncos on December 31st, 2000, when the Ravens defeated Denver 21 to 3 in front of 70,000 Baltimoreans, on their way to a Super Bowl title. And September 6, 1995, when Cal Ripken Jr. eclipsed Lou Gehrig's consecutive games streak at Oriole Park," Brett shares.

Brett grew up and went to school at Gilman about a mile from WBAL NewsRadio 1090, and continued to pursue his passion for sports broadcasting at Dickinson College.

You can listen to Sportsline with Brett Hollander weeknights from 6 p.m. to 9 p.m. on WBAL NewsRadio 1090.

Derek Hunter takes his knowledge of Capitol Hill, and his love of TV and movies to mash politics and pop culture together with a dose of snark on The Derek Hunter Show. He joined the WBAL NewsRadio 1090 team in 2011.

Derek Hunter has a diverse work history. He moved to Baltimore in 2001 for a job in the bookstore at the Heritage Foundation. After some time in the bookstore, he became a research assistant, then a research associate for health care at Heritage, a press secretary in the US Senate for Conrad Burns, a telecom and education analyst for Americans for Tax Reform and helped start The Daily Caller with Tucker Carlson and Neil Patel. At Heritage and ATR, he hosted weekly live podcasts as well as his own for a happy hour he and a friend started. That quickly became a must-attend event. The "First Friday Happy Hour" featured guests such as Christopher Hitchens, Newt Gingrich, Grover Norquist, Andrew Breitbart, Ralph Reed, Michael Steele, Ann Coulter and many more.

In between policy and podcasting work, Derek became a weekly columnist for Townhall.com, a contributor to Breitbart News, an election blogger for the New York Daily News. His writing has been cited or appeared in more than 150 newspapers, including The New York Times, Forbes, The Washington Times, Washington Examiner, Detroit Free Press, The Baltimore Sun and many others.

He started occasionally hosting Saturdays in WMAL in Washington, DC in 2010 and 1090 at Night on WBAL in 2011. In addition to being a guest on many radio talk shows around the country, he has guest hosted for many syndicated shows and has filled in for WBAL's C4.

Anne Kramer is an award winning reporter and anchor for WBAL NewsRadio 1090 in Baltimore. A Maryland native, she has covered all types of stories throughout her many years with WBAL NewsRadio 1090, from witnessing an execution to reporting from a political convention. She is a morning news anchor on Maryland's News Now with Bryan Nehman, on air weekdays from 5 a.m. to 9 a.m.

A broadcasting veteran for twenty-four years, Anne is most proud of her work on investigative stories and stories that make a difference. She reported on the problem of 9-1-1 calls from drivers on a Baltimore interstate who were being jostled around. Anne's report led to a new agreement between state and county police outlining who would handle and respond to such calls. Her work also led to the Radio and Television News Directors Association requesting an article be written by Anne that was published in the Communicator magazine. The article offered journalists insight into how to use the Freedom of Information Act to their advantage. In a five part series in the fall of 2013, Anne reported on the emerging issue of sex trafficking in Maryland. Her reports included first hand stories from victims, going with police when they tried to rescue prostitutes and how hotels in the Baltimore area were not willing to talk about what if anything they were doing to stop sex trafficking.

Anne received a Bachelor of Arts degree in Communications from the University of Dayton. She worked as news director, anchor and reporter for several stations in Western Maryland before moving to Baltimore in the mid 1990's. Anne also served for 12 years on the board of the Chesapeake Associated Press Broadcasters Association with several terms as President. After two years as a news anchor and reporter at WPOC-FM, she moved to her current position at WBAL NewsRadio 1090.

In her spare time, Anne enjoys volunteering for community associations and area non-profits.