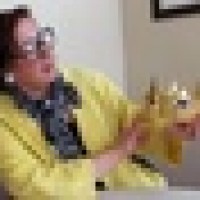 Established in 1962, WCLV has gained an international reputation as a leading classical music broadcaster and producer and distributor of culturally oriented programming. The continuance ... See more of WCLV's classical music programming has been assured by a multi-st

WCLV, northeast Ohio's classical radio station since 1962, is dedicated to the preservation of classical music on the radio in the greater Cleveland area.

In December of 2010, WCLV moved from its Radio Ranch studios in suburban Warrensville Heights to the Idea Center on Playhouse Square, where it is neighbor and partner with 'ideastream," Cleveland's public radio and television stations - WCPN (FM) and WVIZ (TV).