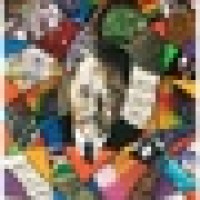 This was copied from the website: The purpose of WPFW-FM Pacifica is to provide outlets for the creative skills and energies of the community, to ... See more contribute to a lasting understanding between individuals of all nations, races, creeds and colors, and to promote the full distribution of public information.

Programming on WPFW will principally be a mix of jazz, Third World music, news and public affairs.

3 will be an accessible media outlet for Blacks, Hispanics, cultural groups, women, seniors, youth and other ethnic and non-traditional groups.

WPFW programming will make the concept of community radio real by providing the local majority population with important and relevant education, information and entertainment.

Through its programming the station will act as a networking agent for the community at large.

WPFW's air will be commercial free and in conformance with Pacifica Foundation resolutions prohibiting commercial under- writing of programming.

Programming will lend itself to an on-air listener participation, will strive to exemplify journalistic integrity, and will work toward being engaging and intellectually stimulating.

Jazz, a major American art form which grows from the African-American experience, will be the major music programming.

WPFW will act as archivist, educator, and entertainer on behalf of this under served national cultural resource.

WPFW is dedicated to programming which reflects progressive social change and democracy.

The station will continue and further a global, humanistic, and futuristic approach to news, public affairs, the creative arts and cultural programming.

Internally WPFW will work to upgrade the quality of work at all levels.

Our continued use of and high regard for volunteers will provide an opportunity for individual skill development in radio broadcast techniques, and broadcast management.

Volunteer opportunities will be available in most areas of program administration