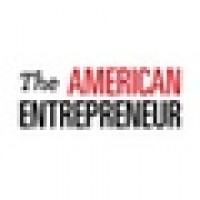 Learn how to build, grow, and exit your start-up from top entrepreneurs all over the nation. Broadcasting DAILY at TAEradio.com.

Ron Morris was 10 years old when he first entered into his life-long love affair with being a business owner/entrepreneur. Through grade school, high school and college, Ron always had some business venture going on. Some of these were traditional, many were not. (Perhaps the best example of “non-traditional” was an import/export business that Ron began while a sophomore in college.) Upon gr...aduation in 1971, and after two very short stints as an employee, Ron started Information and System Research, Inc. (ISR), at the time one of only five software companies in western Pennsylvania. This business rode the coattails of the burgeoning mini-computer explosion. There was very little mini-computer software in existence at that time, and so ISR built both applications and tools to address this shortage. That business made Ron a multi-millionaire before the age of 30. Unfortunately, it didn’t take Ron very long to realize that luck, and not skill, had probably played a big part in those early successes. In Ron’s own words, “I just plain stopped doing the things that had made me successful. In truth, I lost my discipline and probably some part of my initiative.” Gambling on business investments that resulted from “playing hunches” as opposed to doing the down and dirty research, it took Ron less than three years to go through all of the money he had made and then some. (It probably also didn’t hurt that Ron had developed a pretty healthy “lifestyle” flaw - gambling being Ron’s then favorite drug of choice.) “There were some lean years in the mid-80’s,” said Morris, “I owed the IRS three-quarters-of-a- million dollars and probably just about the same amount to the casinos and bookies.” Ron changed his whole life at that point. “I met a guy at a GA (Gamblers Anonymous) meeting who really set me straight. He was older and had relapsed at least three times. When I looked at him, I knew I was seeing my own future. And I didn’t like it.” It was then that Ron gave up every one of his vices and also began taking good care of himself both physically and mentally. “I resolved to get back in top physical condition; I resolved to read at least five books a month; and I resolved to never again let myself take a shortcut.” It was about this time that Ron met Sunil Wadhwani of Mastech Corporation. After a few conversations, Ron joined Mastech as Director of Mastech’s Commercial Group (this group represented about 98% of Mastech’s business). Together, Ron, Sunil, and Ashok Trivedi built one of western Pennsylvania’s most significant software resources companies. After leaving Mastech, Ron worked with Lew Wheeler, an old acquaintance, helping him start and grow what was to become Rapidigm, a $400 million software services company. Rapidigm is also one of western Pennsylvania’s most amazing start-up stories. “We took this company from exactly zero dollars to over $100 million in less than three years,” said Morris. Ron sold his interest in Rapidigm in the early 1990’s and then used some of those proceeds to start a very successful business by the name of JD Warren, Inc. (JDW). JDW relied upon an innovative and unique inferencing engine to assist major property casualty insurance companies in locating and recovering third-party deductibles. After selling JD Warren, Inc. to a NYSE-listed company in late 1999, Ron was now truly in a position to never have to work again. Taking a year off, Ron married Karen Rak and shortly thereafter had two children. It was at this point that he began his “final career” as a “knowledge philanthropist.” Ron defines “knowledge philanthropy” as “helping others do what I had done, that is, build and grow businesses while also building and growing their own personality.” Looking for ways to do this, Ron, and in the year 2001, started his career as a talk radio host. What began as a weekend hobby (Ron originally had just one show per week, on Saturday mornings) soon grew into a full-time business. The signature show, “The American Entrepreneur (TAE)” can be heard on WMNY 1360 Business Talk Radio and on the worldwide web. Since TAE’s debut in 2001, the show’s overall audience has grown from just a handful of listeners to more than 100,000 business owners and entrepreneurial wanna-be’s. In the fall of 2008, TAE was folded into Pittsburgh Business Radio (PBR). PBR can be heard Monday through Friday from 3:00-6:00 p.m. on WMNY Money Talk 1360 AM. As of January 2011, PBR/TAE has interviewed over 1,800 entrepreneurs. Moreover, PBR/TAE is heard in all 50 states and approximately 120 countries. Finally, and also in 2001, Morris began his academic career. It was at this point that Ron was appointed Director of the Entrepreneurial Studies Program (ESP) at Duquesne University. Sharing the wisdom he gained in the entrepreneurial trenches, Ron designed a total of six unique entrepreneurial courses and he, in fact, still regularly teaches many of these courses. (The others are taught by adjuncts.) Since the beginning of ESP, more than 700 students have chosen entrepreneurism as their major. Ron is also a regular guest lecturer at Carnegie Mellon’s Graduate School of Industrial Administration (GSIA) within the Don Jones School of Entrepreneurial Development in Pittsburgh, Pennsylvania. Ron sits on the boards of seven companies, including the National Foundation for Teaching Entrepreneurship (NFTE), a non-profit organization that teaches entrepreneurship to young people from low-income communities to enhance their economic productivity by improving their business, academic, and life skills. Ron is also the Vice Chairman of the Board of the Allegheny Institute, a conservative think-tank headquartered in Pittsburgh. See More