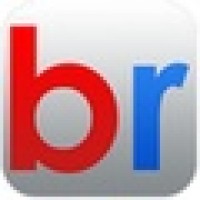 Beats Radio is an internet radio station from Calgary, Alberta, Canada, providing non-stop music with zero commercials, allowing people from all over the world to ... See more stay connected with the latest and greatest electronic dance music. Beats Radio is able to stream live local events, feature Dj's and producers, both local and international.

Electronic Music 24/7 Have a request, comment or suggestion? Call us anytime toll-free 844-99-BEATS. We want to hear from you!

Beats Radio is an online electronic and dance music radio station based in Calgary, Alberta. Electronic and music (also known as EDM) is becoming increasingly popular both in Calgary and around the world. With a growing fan base and increasing demand, Calgary was lacking a radio station to satisfy the desires of local EDM fans. As a result, Beats Radio was developed to provide a link between Calga...ry fans and the best electronic and dance music artists from around the world. The idea behind Beats Radio was to create a source for the latest and greatest electronic and dance music which could be easily accessible to anyone who desired it. In order to do so, the name had to be simple yet distinguishable. The name “Beats Radio” was an obvious choice, with beats being the key element in electronic and dance music. The desire was to bridge the gap between both local and international artists, as well as between local and international listeners. With no radio station in Calgary solely playing electronic and dance music, Beats Radio’s vision was clear. The team behind Beats Radio has been present in the local EDM community for many years, and is passionate about all forms of music. For many, music is a critical element in everyday life, and the Beats Radio team not only follows this belief but understands its importance. Thus, the Beats Radio team strives to introduce music and enrich the lives of both Calgarians and worldwide listeners. Since the launch of Beats Radio in April 2011, Beats Radio has been heard in 131 different countries, is streamed twenty-four hours a day, seven days a week with no commercials, and is active in the local EDM community in Calgary. Every Saturday night, Beats Radio is streaming live from Exchange Social Club in Calgary, bringing the latest in dance and club music right to listeners. Beats Radio also produces its own shows and hosts several other segments. The Beats Artists show features local and international DJs and their music, and the Beats Pregame show gets listeners pumped up on Friday nights to local DJs and their mixes. Beats Radio also has two new resident DJs: James Bayliss brings hardstyle to Beats Radio every Monday with Pitched Mondays, while PAULALEXANDER is Infused every Thursday with the latest in dance and electronic music. See More