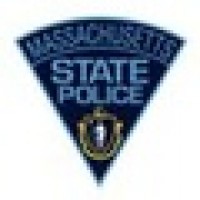 The official Facebook page of the Massachusetts State Police. Please read the 'Terms of Use' tab before posting on this page.

To protect the safety of the public through full-service policing.

The Massachusetts State Police is the primary statewide law enforcement agency in the Commonwealth. Please dial 911 for all emergencies.

The Massachusetts State Police are a full service agency, responsible for patrolling state highways, roads, parks, and reservations, as well as deploying a wide range of investigative, forensic, and tactical units. MSP also operates the Commonwealth Fusion Center and its forensic laboratory system. We also operate several communications centers, which intake cell phone and land ine calls, and are ...responsible for issuing AMBERAlerts for missing or abducted children in Massachusetts. The department is comprised of more than 2,000 sworn personnel and several hundred civilians. State Police General Headquarters is located in Framingham. We operate 39 barracks from Nantucket to Chesire and numerous locations in between, and field many investigative units, including statewide units and others attached to public prosecutors' offices. Please read the Massachusetts State Police Facebook Terms at the 'Terms" tab before posting on this page. Posting on this page constitutes acceptance of the State Police Facebook Terms. http://on.fb.me/15JUCBF See More