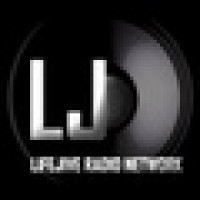 May 2005 - I began broadcasting Libra Radio from my home computer with a max listener base of 2 people at a time. The original ... See more playlist consisted of The Postal Service and Tom Petty's Greatest Hits. What a mix! September 2005 - Libra Radio changed to LifeJive.net with a website that was never working or finished. Because I was still broadcasting from home, I could never host more then two listeners at a time. December 2005 - LifeJive.net's inconsistent air time and lack of vision destroyed the once "dream radio station" I had in mind. I shut the station down, with little hope that I would try it again. November 2006 - While in New Zealand, I purchased a webserver from Dreamhost at an extremely small fee and had no idea what to do with it or what my free domain should be. In the spur of the moment, I bought the domain, BensJukebox.com. July 2007 - I finally put BensJukebox to work. I began to learn about web building with Joomla, running a radio station with Sam Broadcaster and how internet radio stations should be run. BensJukebox was now my perfect learning curve. January 2008 - LifeJive Radio was born for the second time, only this was the real deal. I finally acquired LifeJive.com and was now able to purchase 1000 listener slots from MixStreaming out of the UK. The station took time to find its audience, but over the next few months began to receive attention from all over the world. March 2008 - After several attempts and several applications, LifeJive Radio was accepted into the official iTunes Radio listings. July 2008 - LifeJive Radio was added to the Windows Media Player Radio Listings. February 2009 - A second station was created, LifeJive: Pop, Rock & Classics! April 2009 - LifeJive Radio teams up with GenerationWhy Radio to offer LifeJive's third radio station "LifeJive: 80's & 90's Rock" [Update: This deal was terminated after both stations could not come to collaboration agreements] May 2009 - Hitt Music Group and LifeJive radio team up. Read details here. June 2009 - LifeJive begins broadcasting its third radio station Van Morrison Radio. [Update: VM Radio was taken off the air due to copyright claims *eye-roll*] October 2009 - LifeJive's new station, Cafe Monet goes live on the air. March 2010 - Eclectic Heaven was listed as one of the top 10 Online Radio Stations by Listen2RadioOnline! August 2010 - Pop, Rock & Classics! is completely reformed into the new LifeJive station, Album Rock. More stories and notes to come as the station grows and expands its audience to the entire world.