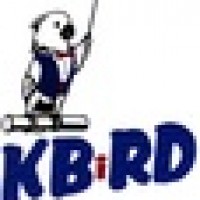 ... See more Broadcasting on AM 680 with the full audio spectrum.

On the internet we stream in the original monaural not wasting bandwidth.

The picture you are looking at is Larry D.

Skip had wanted a radio station as long as he could remember.

He finally got a slot on the FM dial in Elma, Washington but wanted an AM slot (the first sign this was to be a strange radio station).

As fate would have it he found an AM available only to find, after he bought it, that there wasn't even enough equipment to do talk radio (and that can be accomplished with a Radio Shack microphone).

As a business owner he found he had enough of a line of credit to go on the air.

At the time it was called KLDY since the KBRD call letters were owned by an elevator music company (since improved to one of Seattle's best).

Skip operated the station from his living room and thanks to computers (in 2008 we upgraded from the original non y2k compliant computers) he was able to program a days work and still earn a living.

Because things were running smoothly, fate stepped in and informaed Skip he would have to move the transmitter (okay, it wasn't fate, it was the landlord).

The 100 foot tower he was leasing was in the road a a new development.

If you have ever tried to find a place to put a radio tower... well, good luck.

But Skip had a bit of good luck.

A daytimer (sun up to sun down) 250 watt station with a giant 400+ foot tower (the tallest structure in the county) was available.

Skip mortgaged everything and in short while he was running 2 stations from his living room.

And the KBRD call letter were now availble.

He moved the KLDY call letters to the station just purchased and renamed KLDY to KBRD.

Through the miracle of automation, KLDY became Olympia's cultural arts station (now a service of Seattle Streaming Radio and no longer dedicated to the arts) and KBRD stayed a mixture of jazz, rock, swing, country, dixie, ragtime, zydeco, western swing, novelty and any other category you could think of.

Anything Skip liked went on KBRD.

KLDY consisted of two CD players (one held 300 and the other 400), 1 microphone and an antique cart player that came on at the top of the hour to announce the legal ID.

A couple of times a week an announcer would come on promoting the local arts scene and do a weekly emergency alert notification.

KBRD is probably the antithesis of high brow.

Much of the music heard on KBRD is heard nowhere else in the country.

The station is so eclectic and entertaining that E! Entertainment named it the 9th best station in the country.

Not bad for a 250 watt daytimer being operated from a living room and being paid for with every penny Skip earned.

In 2003 Skip was diagnosed with cancer.

Two years later he was dead.

But before he died he transferred the ownership to a foundation (BJ and Skip's For The Music Foundation).

The tower is administered by long time friend, Norma Jean Hissong who provides space to KBRD at no charge as per Skip's will.

The foundation's job is to keep the music going forever.

And, that's what we intend to do.

New songs are regularly added to the mix but always keeping the musical taste of Skip and BJ in mind.

If BJ danced to the music it was deemed toe tapping and appropriate for the station.

And being a Moluccan Cockatoo, BJ did a mean dance.

BJ would squawl at turn on and turn off driving Skip crazy and entertaining all of Olympia.

BJ and Skip are gone but we'll continue the music with the help of the community and friends.

Why? We haven't gotten around to it with the new system.

But our announcer (janitor, groundskeeper, operations officer, foundation President, only employee, drinker of copious quantities of coffee - a fellow called db) will be getting the job done so that songs are identified in the morining hours.

In the meantime our answer to the problem is this site where we list the songs from the last week and next weeks songs, too.

Olympia is still a relatively inexpensive place to live so we invite you to move here.

Our signal goes in about 50 mile radius so you can even live in the South of Seattle where you can listen to KBRD in that parking lot they call I-5.

KBRD is a broadcast services of B.

and Skip's FOR THE MUSIC FOUNDATION.

Your donations are tax deductable and can be made by sending a check to KBRD, PO Box 7034, Olympia WA 98507 or by clicking the donation button below.