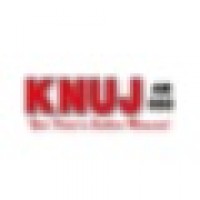 KNUJ AM 860 is a broadcast radio station from New Ulm, Minnesota, United States, providing News, Sports, Weather, and farm coverage and with a talk ... See more format at night.

History of KNUJ AM 860 & KNUJ FM (SAM 107.3) KNUJ AM 860 went on the air May 22, 1949. The radio station was owned by the same company that owned the New Ulm Journal, hence the call letters, K-New-Ulm-Journal. KNUJ is a 1,000 watt "clear channel daytimer" AM station. The studios are located at 210 ½ North Minnesota Street, New Ulm. The tower and transmitter are in southeast New Ulm. KNUJ was originated by Mickelson Media, and owned by them for over 36 years. On March 6, 1986, KNUJ was purchased by James Ingstad Broadcasting. Jim Ingstad is part of the Ingstad family who owned radio stations in North and South Dakota, Minnesota, Iowa and other areas. Jim's first solely owned stations were KNUJ AM and KXLP FM. A few years later, KXLP studios were moved to Mankato. August 1, 1987, KNUJ studios and offices moved to the Grand Hotel, 210 ½ North Minnesota Street, New Ulm. June, 1995, a new FM radio station, known as KNUJ FM, BRaT 107.3, went on the air. The station broadcast at 4000 watts and was programmed with Bright Adult Contemporary music of the 80s and 90s. BRaT and KNUJ AM were simulcast 6am to 8:30am, Monday through Friday, and shorter hours on Saturday. The studio and office are located at 108 Main West in Sleepy Eye and the tower and transmitter are 1 mile north of Sleepy Eye on Highway #4. July, 1995, a second new radio station went on the air. This station, with studio and office in Springfield, and tower near Wabasso, was known as KNSG, 94.7 Country, the "Country Hog", and played mainstream country music. KNSG broadcast on a 50,000 watt signal. In June, 2001, the studio and office moved to 110 West Central in Springfield. On August 14, 1998, Cumulus Broadcasting Inc. purchased the 3 stations from James Ingstad Broadcasting. Cumulus, at the time of purchase, owned over 170 stations throughout the nation, and was one of the fastest growing Radio Broadcasting groups in the nation. Cumulus was based in Milwaukee and Chicago, then moved the headquarters to Atlanta. Cumulus is a public company, trading on NASDAQ stock exchange (CMLS). August, 2000, Clear Channel Broadcasting purchased the 3 stations from Cumulus Broadcasting. Clear Channel owned 1200+ radio stations, tv stations, CC Entertainment, CC Outdoor, plus other smaller entities. All of the properties are known as Clear Channel, with headquarters in San Antonio. Clear Channel is a public company, trading on the New York Stock Exchange (CCU). Original owner was Lowry Mays and major stock holders officers were Lowry, Randall and Mark Mays and Kathryn Mays Johnson. Red McCombs was also a major stockholder. The sale became effective on October 2, 2000. February, 2003, James Ingstad Broadcasting again purchased the 3 stations, this time from Clear Channel Broadcasting. KNUJ AM and FM were traded for a station in Bismarck, ND and KNSG was purchased. The stations were LMA stations (Local Management Agreement) until final FCC (Federal Communications Commission) approval. Jim Ingstad lived in Fargo, ND. He owned KCHK AM and FM in New Prague and KYMN in Northfield, as well as stations in North Dakota. James Ingstad Broadcasting was a privately owned company. June, 2003, Ingstad Brothers LLC purchased KNUJ AM and FM. KNSG was sold to Linder Radio. Ingstad Brothers owns KNUJ AM and FM, KCHK and KRDS FM and is associated with Tom Ingstad Broadcasting with stations in Morris, Montevideo, Hutchinson, Willmar and Thief River Falls. The LMA was completed February, 2004. Ingstad Brothers LLC is a privately owned company. June, 2005, KNUJ FM changed from BRaT 107.3 to SAM 107.3 with a format of Variety Hits from the last 35 years. KNUJ AM/FM moved to new studio's/offices at 317 North Minnesota Street (next to the Glockenspiel) in late April 2009.....the fourth location of the station since going on the air in 1949. KNUJ also launched its first web site around 2002, and updated to a new format in 2008. KNUJ.net offers news and information for the New Ulm and KNUJ's 10 county coverage area on a daily basis, along with relevant information including Road Report and Community Calendar announcements, plus station information. KNUJ also streams most of its daily programming off its 'Listen Live' page.....plus most local sports play by play broadcasts. Many daily info-casts, feature interviews and games are also archived for playback at your convenience. KNUJ is proud to be 'On Line-On Air-On Demand!' TODAY KNUJ AM 860 broadcasts at 1,000 watts during the daylight hours and at reduced power at night. KNUJ is a News and Information station, strong in news, sports, weather and farm coverage and with a talk format at night. It is also a "personality" station, with listeners very loyal to the on-air staff. Upholding the tradition that made KNUJ the Regional Giant, KNUJ broadcasts Polka Music one hour on weekdays and several hours Sunday afternoons. However, country music is the primary music of the broadcast day. SAM 107 simulcasts with KNUJ in the morning hours, 6am to 8:30am, Monday through Friday. SAM 107 broadcasts a live local news show from Sleepy Eye, 8:30 to 9am, Monday through Friday, with Jon Jahnke. Daily programming is live, via satellite. The music format is "Variety Hits". KNUJ AM 860...SAM 107.3 FM Both stations broadcast 24 hours a day KNUJ also operates a separate mail order business known as KNUJ Polka Cassette & CD Sales, selling primarily polka music, nationwide. Web Site: www.polkaparade.com