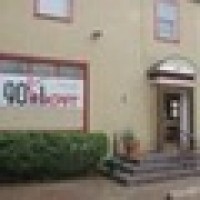 We're an FM radio station, situated at 90.1 on your radio. We are one of the five stations that comprise what is called the Pacifica ... See more Network, a subject we'll explain later. Nearly 90 percent of our funding comes from individual listener-members. We have no large corporate sponsors. All too often, massive funding arrives with an agenda, not to mention all those commercials! Because of our independence from concentrated control, you can hear the difference between us and any other station in the first 10 or 15 minutes of listening. We are definitely different, and we revel in it. Why "Your Radio for Peace"? Two very simple reasons: (1) When you become a member of KPFT, it's your radio station. You are a voting member of the station and a stakeholder in its direction. (2) All of the news, informative shows and mix of music you won't find anywhere else are all aimed at one goal-to help people like you and me understand the world around us, and through that understanding and respect, cause an outbreak of peace.

To establish a Foundation organized and operated exclusively for educational purposes no part of the net earnings of which inures to the benefit of any member of the Foundation. To establish and operate for educational purposes, in such manner that the facilities involved shall be as nearly self-sustaining as possible, one or more radio broadcasting stations licensed by the Federal Communications Commission and subject in their operation to the regulatory actions of the Commission under the Communications Act of 1934, As Amended. In radio broadcasting operations to encourage and provide outlets for the creative skills and energies of the community; to conduct classes and workshops in the writing and producing of drama; to establish awards and scholarships for creative writing; to offer performance facilities to amateur instrumentalists, choral groups, orchestral groups and music students; and to promote and aid other creative activities which will serve the cultural welfare of the community. In radio broadcasting operations to engage in any activity that shall contribute to a lasting understanding between nations and between the individuals of all nations, races, creeds and colors; to gather and disseminate information on the causes of conflict between any and all of such groups; and through any and all means compatible with the purposes of this corporation to promote the study of political and economic problems and of the causes of religious, philosophical and racial antagonisms. In radio broadcasting operations to promote the full distribution of public information; to obtain access to sources of news not commonly brought together in the same medium; and to employ such varied sources in the public presentation of accurate, objective, comprehensive news on all matters vitally affecting the community.

KPFT was founded by journalist Larry Lee, who convinced Pacifica to establish an independent listener-supported station in Houston. Lee felt it was important for the Houston community to have an alternative voice to standard radio fare and, as a realization of this vision, KPFT first took to the airwaves on March 1, 1970. The first sound to emanate from 90.1 FM was the song "Here Comes The Sun" f...rom the then-brand-new "Abbey Road" album by The Beatles. Just two months later, however, on May 12, 1970, the KKK blew up the KPFT transmitter, and the station was off the air for a few weeks until repairs could be made. Several months after returning to the air, on October 6, 1970 - the transmitter was bombed again! This time the damage was more extensive, and KPFT was off the air for more than three months! On January 21, 1971, with Arlo Guthrie live in the KPFT studios playing "Alice's Restaurant," the song that had been playing when the October bombers struck, KPFT was back on the air - again! And KPFT remains on the air to this day, thanks to the thousands of listener-sponsors who believe in the mission of the Pacifica Radio Network, which includes KPFT in Houston, as well as the other stations in Berkeley (KPFA), Los Angeles (KPFK), New York (WBAI) and Washington, D.C. (WPFW). In addition, more than 50 other community and public radio stations across the country also broadcast Pacifica's news and public affairs programs, with signals reaching 22% of American homes and an audience of over a million listeners each week. Thanks to the Internet, KPFT and its fellow Pacifica stations reach a truly worldwide audience. See More

This page is for fans of 90.1 KPFT in Houston, Texas to connect with the station, events sponsored by the station and personalities. Please note: Fan posts promoting items not sponsored by KPFT, including events, businesses, etc. will be removed. Spam posts (posts identically posted on many walls throughout Facebook) may also be removed. We may also remove questions for staff, such as queries for... missing premiums, song requests or programming issues, as well as posts related to KPFT, its programming, volunteers and policies which are determined to be appropriate for deletion. Please visit kpft.org if you have membership questions, premium followups, or comments or concerns about programming. KPFT reserves the right to remove comments from its Facebook page. See More