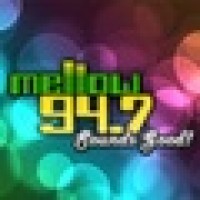 To make the world Sound Good!

The station began broadcasts in 1973 (when the Philippines was under Martial Law) as DWLL-FM, then Mellow Touch, Mellow 94.7 is one of the pioneer FM stations that did not have live announcers and music DJs in their programming. The station relied entirely on the pre-recorded voice-over of retired former DWBL disc jockey Butch Gonzales to bridge segues between songs. Butch Gonzales' taped voice-ov...er also served the purpose of an occasional time-check, usually at the "Top" and "Bottom" of certain hours of each day. Butch Gonzales' voice also became the Mellow Touch's signature voice, as he softly reminded the loyal listeners of tunes for "a bike ride along the boulevard", every hour as the Station ID jingle plays. The sound of his voice instantly translates to soft sentimental music that was clearly associated with the Mellow music of this FM station at the time. Mellow Touch's predominantly easy listening format continued, gradually increasing pace and energy with the restoration of democratic rule in 1986, until just over 5 years ago, it started to accommodate on-air jocks and began to play largely pop alternative songs in-between the standard love songs. Today, to emphasize this shift in programming, it has changed their station title to just plain Mellow 947 ("ninety-four-seven"). Its programs now generally aim to bring out the mellow side of pop-alternative and light rock music fans. See More

Mondays - Fridays 6am-10am The Wake Up Show with Tracy & Marco 10am-2pm Office Radio with Chloe and Ingrid 2pm-4pm Afternoon Cruise with Ingrid... 4pm-8pm The Factory with Chris & Stan 8pm-12mn Mellow Nights with Indi & Caz Saturdays 6am-10am The Morning After with Leo & Raisa 10am-2pm AK947 with Andie & Kyle 2pm-6pm The Sandbox with Nova 6pm-10pm The Twist with Alex and Kage Sundays 6am-9am The Morning After with Leo & Raisa 9am-11am School of Jocks (with the Mellow 94.7 Student Jocks or SJs) 11am-2pm AK947 with Andie & Kyle 2pm-5pm The Sandbox with Nova 5pm-8pm The Twist with Alex and Kage 8pm-12mn Nice & Slow We are located at Unit 908 Paragon Plaza, EDSA corner Reliance Street, Mandaluyong City. See More