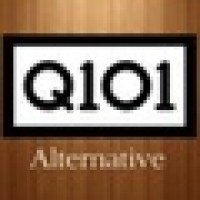 This is the Official Fan Page of Q101, Everything Alternative, Music News, Videos, Interviews, Listen to free alternative and rock internet radio

Formerly broadcast on Chicago's 101.1 FM — The Q101 brand is akin to the Bat Signal. When it is shown in Chicago, everyone recognizes it. Q101 is a warm blanket, a plate of comfort food, or a phone call with a close friend. In an era of over connections, too many social networks, lots of hype, and lots more sizzle than steak…Q101 has managed to mean something to millions of Gen X, Gen Y, and Mi...llennials who don’t believe in much, and even more who want to believe in something. Cookie cutter radio stations all but killed the sort of movement that is Q101. Throughout the various trends and fads, Q101 survived and stayed relevant to it’s core audience over two decades. Kiss, Star, Edge, Jack, Buzz, Rock…and now Pandora are all time fillers with nothing that sticks and no longer term connection. Bono Edge U2 Chicago Joshua Tree Q101 studios Alternative Rock Band They’re great for entertainment in the moment mind you, but no one waits on hold for hours in hopes of winning a Pandora T-Shirt. Pandora like many cookie cutter radio stations is a faceless jukebox void of personal connection. Advertisers who want to sell more products need more than exposures to build businesses and brands. Advertisers want audiences who are connected. Spotify, Pandora, and all the other services are fashion. Q101 is the steward of a generation. See More