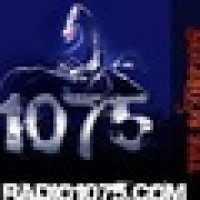 1075 was born out of the ashes of Radio Paladin, In 1998 I started working and became the voice for the then new Radio 1075, We were located in San Antonio de Escazu, and in 2000 moved to El Cruce Escazu above Scotiabank. I remainded the voice until the station was closed in 2010..the entire 12 years run of the station. Since I was the voice, did most of the commercials and programmed all the m...usic,I was given the data base by Nick Shaw the then owner, I already had all the other things I needed since I kept a database myself. The day after the station went off the air I put it on-line with the exact same music/station Id's and voice it had since it was born. 1075 never skipped a beat and is still going strong today with all the Rock you can handle, we add new music every week, so it's always up to date with all the new rock that's pumping out around the globe. Thanks for Rockin with us!!! Diamond Dave & Becks See More