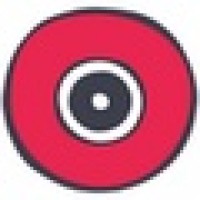 SYN is a youth-run media organisation that provides training and broadcast opportunities for young Australians. Produced and presented entirely by young people between the ages ... See more of 12 and 25, we do things a little differently to everyone else - we've got a bunch of flagship year-round programs that cover everything from news and current affairs, to sex and relationships, music, art, comedy, variety and sport. The rest of our programs get rebooted, every three months in an ever changing rotation of niche programming.

SYN is a youth-run media organisation that provides training and broadcast opportunities for young Australians.

SYN is one of the largest youth projects in Australia, and engages over 1,000 volunteers each year. SYN broadcasts on one of the largest community radio licences in Victoria and can be heard throughout Melbourne, Geelong and in parts of regional Victoria on 90.7 FM. SYN is responsible for producing 6 hours of live youth television each week for Channel 31.... SYN publishes audio, video and streams radio from http://syn.org.au/ See More