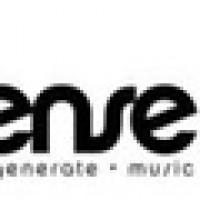 Banging out Trance & Progressive music since 2005 with finest undiscovered talent on the planet.

Sense FM is fully licensed Web Radio Station under the Small Webcasters Act and in full support for Independent Internet Radio. We specialize in Trance, Progressive, House, Electro, and Techno Dance Music genres. We have been operational and community supported since late 2005/Early 2006 when Sense Generate FM (old station name) was founded. Being the nature of the industry we are a virtually b...ased network of community members, supporters, and fans. The station is administered and controlled 100% virtually by people from all around the World with no physical address or location in particular. Our Dj Roster includes Top 100 Djs in comparison and relation to top charts. Some of the regular resident Djs on Sense FM include Adam Nickey, Agnelli & Nelson, Alex Bartlett, Mike Saint Jules, Blake Jarrell, Danjo, Darren Tate & Dale Corderoy, Duende, Ernesto vs Bastian, Solarstone, Fabio Stein, Ilya Malyuev, and many others but just a taste of what you can expect to hear. Our streaming audio platform offer two channels to choose from, Trance and Progressive. Our audio sound has been manually configured and inspected by a sound technician to ensure the highest quality streaming audio experience. * Trance Channel - here you can hear a wide selection of our Trance Resident's regular broadcasts including exclusive new and old tracks from top Trance Dj's and Producers. Our Trance Channel streams 24 hours a Day, 7 Days a Week, 365 Days a Year (including major holidays). Primary genres on this channel include Vocal Trance, Melodic Trance, Trance, & Epic Trance. * Progressive Channel - expect to hear from our Progressive Residents including top producers and Dj's from all around the World. You can hear some of the latest Progressive releases being showcased as well. The Progressive Channel streams 24 Hours a Day, 7 Days a Week, 365 Days a Year (yes, including major holidays as well). Primary genres and styles that can be heard include Progressive, House, Progressive House, Electro, & occasional Miminal & Tech Trance. Our staff is part of or has close relationships with some of today's most influential record labels and companies in the Dance Music Industry. We are strong supporters of new productions of our Resident Dj's and the dance community in general. Some of the releases that you hear on our channels are either exclusive material or we've had the privilege to promo fir See More