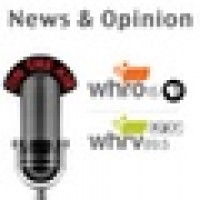 About Us: The 1920s Radio Network officially began broadcasting on May 8, 2004. Prior to this date our Network consisted of big band and nostalgia ... See more programming over our low power AM facilities to a limited audience... where we got our start. We began with the big band sound in 1995 and slowly expanded our library to include songs before 1925. Believe it or not, top 40, AOR, and classic rock was our format back in the 'AM days' of the 80s! It wasn't until 2002 when we began streaming to the internet through our then, and current, stream provier Fast Serv Technologies. Later in 2003 we obtained more bandwidth and picked up a few more listeners. Later in 2003 we had a nice collection of older big band music, the bulk of it being from the 20s. We saw back then that there was an audience for it and wanted to do something different. A full blown Network station was pondered and finally taken seriously. We wanted to have something in the station name that described what we play. "The 1920s Radio Network" was decided upon, a bold move at the time; we didn't know for sure it would work. Planning began for the new facility, and the financial 'OK' was given by our CFO Lori. (If that didn't happen we wouldn't be here now) Construction began in February 2004 for our brand new studios. Several months of hard work followed, including building construction, complete wire-out, equipment set up and testing...and Tylenol! By late April most systems were up and running and several new version StationPlaylist automation systems were being 'broken in.' On May 8th, 2004 we pulled the cord and separated our AM facilities...and the brand new '1920s Radio Network' was born. Since then our network has added several programs, increased our listener base, widened our audience by including over-the-air services (2005)via WHRO FM, and has undergone many technical improvements such as installing a 35KW diesel generator to keep us going for days and days in the event of an emergency. The 1920s Radio Network also put in an underground fiber optic cable between our buildings for reliable data communication, and of course, better lightning protection. To date The 1920s Radio Network is listed in countless streaming directories and has dedicated listeners worldwide. We currently have over 100,000 listener hours per month and rank about #630 out of over 10,000 stations listed in the Shoutcast streaming directory. We want to take a minute and thank all of our long time (and new) listeners. Without all of you everything we do here would be meaningless. THANK YOU!

Enhancing the lives of the citizens in the communities it serves by responding to their need to be engaged, educated, entertained & enlightened.

WHRO is dedicated to enhancing the lives of the citizens in the communities it serves by responding to their need to be engaged, educated, entertained and enlightened. We are: ~ A premier provider of products and services for educators and life long learners using the best technology available; ~ A trusted and valued civic space where citizens can explore diverse issues in a thoughtful manner; ~ A financially capable and sustainable organization delivering an excellent return on the community’s investment. ~ A provider of quality programming and services for television and radio audiences.

Long known for its public service mission, WHRO is the only public broadcasting station in the United States that is owned by a collaboration of 19 local public school districts. Through WHRO TV, WHRO FM, WHRV FM, its web site, and educational content delivered online to more than 286,000 students and 25,000 teachers, WHRO enriches the lives of the people of Eastern Virginia and Northeastern North Carolina every day.

VISION WHRO will be a dynamic and vital organization that improves the civic, educational and cultural life of the Hampton Roads community through broadcast, communications, and media services. ... VALUES Trust WHRO will earn the trust of the people it serves and its employees by acting in a manner that is respectful of their concerns and is fair and equitable. Service WHRO will provide the broadcast, communications and media services that people want in a professional and responsible manner. Stewardship WHRO will use its financial resources in a prudent and accountable manner for the benefit of the community. Transparency As a private non-profit, WHRO will be an open, accountable organization that informs its members and the community of the challenges and opportunities it faces. See More