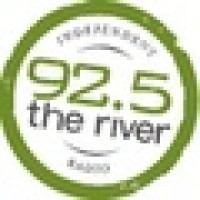 92.5 the River is Boston's homegrown, independent radio station. Unafraid to take chances, the River loves to play local music, deep tracks and new music. Local artists often receive their first airplay on the River, some of whom go on to become national acts. Every hour the River plays tracks rarely heard on radio, as well as many new songs heard only on the River. By keeping the music fresh and ...uniquely Boston, the River maintains a passionate connection with its listeners. Keep those Free Form Facebook Friday requests coming. Let us know what you want to hear! Free Form Facebook Friday is a service of Salem Five Bank. They're locally owned and independent just like the River. Check them out at http://www.salemfive.com/ See More