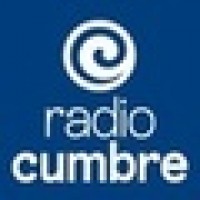 WCUM-1450 AM is owned by Radio Cumbre Broadcasting, Inc. a Connecticut corporation founded on April 16,1989. WCUM-AM is a broadcasting facility located in Bridgeport. Bridgeport is Connecticutʼs largest city. It also has the largest Hispanic population in Fairfield County as well as Connecticut in general. WCUM-AM is the first and only full-service (24-hours a day, seven days a week) Spanish-la...nguage radio station in Fairfield County which covers a geographical area from Milford to Norwalk, north to Danbury. The stationʼs main objective is to inform, entertain, educate and bring to the forefront all events that effect or are of interest to the Spanish population of Fairfield County. Since the station went on the air in Spanish two decades ago, it has become the heart and soul of the Hispanic Community. The stationʼs mission is to educate by challenging the Community to become active through dialogue and debate. Radio Cumbreʼs entrepreneurial spirit is embraced by the Community, Businesses, and the private sector. Our air- waves are widely used by Community leaders, politicians and people involved in all aspects of community affairs. For its many public services, Radio Cumbre has earned a solid and trusted reputation. The Connecticut General Assembly is just one of many statewide organizations recognizing WCUMʼs owner Pablo de Jesus Colon with plaques and awards. Throughout its 25 years of continuous uninterrupted programming, this one-of-a- kind Radio Station has attracted a huge audience which grows bigger every year. The station keeps its vast listenership because of its unique blend of programming. WCUM- AM is not just entertainment; it contributes to a particular way of life. See More