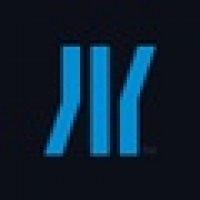 idobi Network Running interviews into the ground since 1999… From the trenches of the early days of Warped Tour to the glory days of Asbury ... See more y Park’s Skate and Surf Festival, idobi has been uniting fans and artists all over the world for over a decade. We’ve brought you some of the earliest interviews with Good Charlotte, Fall Out Boy, and All Time Low, way before they were ever on MTV. idobi Radio Music that (still) doesn’t suck idobi Radio is an Internet radio station that broadcasts 24-7 alternative rock music with a mainstream focus. Since 1999, we’ve brought you unfiltered interviews with your favorite artists as well as the latest music industry news. We are committed to bringing you the best of the known (and not-so-well-known) artists from around the world. We are also committed to bringing you the best music from new, independent, and unsigned artists. Artists wishing to submit music for airplay consideration should contact the Music Director with a link to the artist’s Myspace page. Cell Phone idobi Radio is now available nearly everywhere you goUpSnap to bring the best alt/punk station on the internet to your cell phone. How To Listen Listeners on ANY mobile carrier can call 704.772.7627, and enter our station ID: 1114.