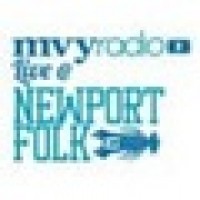 Martha's Vineyard's mvyradio is one of the leading adult progressive rock internet radio stations in the world. Listen to Perspectives, Uncharted Waters, and broadcasts such ... See more as Mornings, in addition to others.

Our Mission is to bring our sound to every like-minded listener in the world who loves music, values artistry, embraces intelligence, revels in independence and welcomes both the familiar and new.

Located at the end of a dirt road on the Island of Martha's Vineyard off the coast of Massachusetts, WMVY, or as we now call it, mvyradio is the little radio station with a worldwide following. Independent and eclectic, the station seeks to reach music lovers everywhere, with classic artists like Bob Dylan and The Allman Brothers, breakthrough artists like Talking Heads and U2, and modern-day torchbearers like Ray Lamontagne and Death Cab For Cutie. One of the first FM stations to stream for free, mvyradio brings Martha's Vineyard to The World.