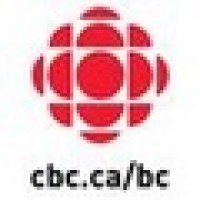 Bringing you the latest on CBC programming and events in B.C. www.cbc.ca/bc Follow us on Twitter for News @CBCNewsBC or Communications @CBCVancouver.

CBC is Canada's national public broadcaster and one of this country's largest cultural institutions. Through the delivery of a comprehensive range of radio, television, Internet, and satellite-based services, CBC is available how, where, and when Canadians want it.

Thank you for finding us on Facebook and liking CBC Vancouver. This page is about getting to know our fans a little better, and also for you to get to know us too. Please adhere to a few rules for the page; we want the conversation to be enjoyable for everyone. Please keep your Facebook posts relative to the topic. Your contributions make our programming richer and the conversations more lively a...nd diverse. We reserve the right to remove any posts that are offensive, pornographic, vulgar, obscene, illegal, hateful, threatening, harassing, personally attacking, insulting and defamatory, or suggest committing a criminal act. Spam, graffiti, solicitations and advertising are also prohibited, and will be removed from the page. If any of the rules are broken on a repeat basis, the person posting the content will be suspended and removed from the page. If a member of the page is not abiding by the posting guidelines, please feel free to report it. Posts by: Communications: Asifa Lalji May Lam Jennifer Rhyne Leo Damian Caroline Ewald News: Rhiannon Coppin Mike Laanela Jenni Sheppard Johanna Wagstaffe Amy Bell Lien Yeung Mike Clarke Alexandra Gibb Peg Fong Viviana Zanoco Charlie Cho Renee Filippone Gloria Macarenko Current Affairs: Jeremy Allingham Laura Palmer Margaret Gallagher Lisa Christiansen See More