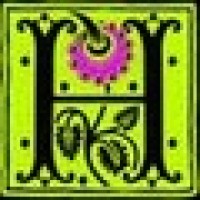 Our mission is to promote and develop our values, language and culture in multicultural society of our new home. We are committed to provide closeness towards our roots. Our aim is to provide a suitable and encouraging platform for our talented community members. We want children born here to get knowledge and awareness about our golden heritage and culture and feel proud of it. We want our elders living or visiting here feel at home in vast cultural diversity of Australia.

Harman Radio was established in June 2005, in Sydney by Amandeep Singh Sidhu, a successful farmer and an entrepreneur. Amandeep was voluntarily running first and only weekly Punjabi program in rural region of Coffs Harbour (NSW), famous as Woolgoolga, the village of first Punjabi/Indian settlement in Australia. The program was a huge success in distributing information, entertainment and running ...community programs. Since year 2000 Australia is experiencing a huge migration boom from Indian subcontinent especially from Punjab. The streets of big cities like Melbourne and Sydney never seen a big number of Indian youth ever before. For the large population of Indians in foreign land there was a need of community based radio channel. Amandeep tried his best to convert this need into an opportunity to serve the community and mother tongue . He started working on this bigger goal. There was 3 stage plan to start 24 hour broadcasting in Australia and World. There were number of limitations at first stage. The biggest was lack of spectrum availability in major city for specific language broadcasting(and it still is). After lot of research, IP protocoll was chosen which is more commonly known as 'Internet radio'. Teams were formed which took various responsibilities such as studio building, instrumentation, quality control, advisory, etc. Program structure and content was discussed and planned. The first 24 hour test broadcast covering Sydney was conducted on 19th March 2010. The official live launch was on 19th March, 2011. Programs improved day by day and more concepts were launched. See More

Harman Radio is channel which exclusively target Indian audiences for 24 hours a day 7 days a week. Having studio and corporate office in NSW, studios in Sydney and Patiala (Punjab), we broadcast across Australia and World in Punjabi and Hindi. We also feel proud for being the first ever to live broadcast of Sports, Cultural and Religious activities of Indian origin in Australia. Being pioneers within the industry, we also contribut to the Indian community events businesses by promoting their products and services on our Radio.