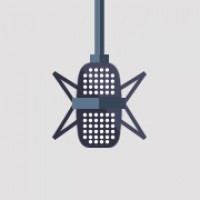 Wow... Where to start? Well, Jersey's Classic Rock didn't even exist 2 months ago and today's date is August 9th, 2008, so we haven't been ... See more n up for that long, but let me tell you all, the best is yet to come! I didn't expect to have what I have so soon.

As a matter of fact I thought it would take at least six months before the website would be up and running, but due to the overwhelming demand by our great and faithful listeners, it came to my attention that things needed to get rolling a lot faster than I originally thought.

So NJ's Classic Rock Radio Station began its emergence into the real world... There are thousands of radio stations out there, whether they be on the web or FM/AM transmission, and the competition is fierce, which is why there needs to be a feeling of uniqueness when entering new territory.

This was the first thing on our minds here at Jersey's Classic Rock, so here goes.

We are located in the great city of Summit, NJ.

Summit isn't that large, but we're big enough where it takes a while to get to know everyone.

I have lived in Summit for most of my life (I lived in Toms River when I was a little pain in the butt), so it is official, I am a 100 % purebred Jersey boy, and may I say that I am totally proud to be one.

There aren't many radio stations around my area, so that was the first thought that came to my mind, as well as my partners mind too, although he won't be in the picture for a while.

Second, classic rock goes very far back, but it has never died.

As a matter of fact, it's actually gotten more popular over the last couple of years, and Jersey's Classic Rock expects it to get even more popular.

Content is king on the internet, whether it be text or sound, and since I am also a professional writer, I can show the music industry how much more popular classic rock will be.

NJ is home to a lot of musical talent.

To name a few, there is Bon Jovi, Bruce Springsteen and Hoboken native Frank Sinatra, who was one of the most popular singers of the 20th century.

It was only fair that Summit be the home to a classic rock radio station, so here we go, Jersey's Classic Rock has emerged and has taken off more than I thought it would by far! Thanks to Live365's great service, we are averaging a great amount of listeners every day, and over the past month and a half; remember today's date is August 9th, 2008, we have upgraded two times, which is a good thing.

Hopefully things will continue to grow and with the popularity of internet radio growing, it should most certainly be a good sign for Jersey's Classic Rock.

Special thanks goes out to the following people.