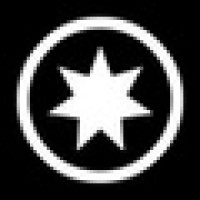 We are registered as a charity with HMRC & give MJ fans the chance to contribute to a large charity donation every month. Start www.mjffc.org.uk

MJ Fans for Charity was created by a small group of Michael Jackson fans, whose aim is to help other fans channel their grief from Michael's passing, into something positive that helps in Michael's own goal to help heal the World

MJ Fans For Charity (MJFFC) is registered in the UK as a charity with HMRC. It started in 2009 shortly after Michael passed away. Through grief and the compelling need to unite Michael Jackson fans, MJFFC was born. The unique part of MJFFC is the fact that we give 100% of the donations to charity. We are all volunteers, so this means we can stretch the money as far as it is possible to go. In S...eptember 2011 we created the '1 Million for Michael' Project (1MFMP), now called Michael Jackson Monthly Giving (MJMG), where we provide fans with the ability to give small donations over a longer period of time. This builds on a larger monthly donation from all of the donors each month, which will grow and grow with more and more donors on-board. Another key part of this project is that each donor can also vote on a registered charity that gets given the money. We hope that other Michael Jackson fans find it in their hearts to help us along this amazing journey in creating the ultimate, long-term, tribute to Michael Jackson, his family and Michael Jacksons Fans. With all our L.O.V.E. MJFFC & all it's members See More