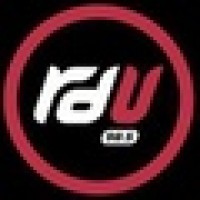 RDU98.5FM is the professional independent leader and source of music, opinion and culture for Christchurch. No other Christchurch radio station can lay claim to building, ... See more supporting and developing the national and local music scene more than RDU98.5FM. The station is the flagship of the b.Net in the South Island and has carved a niche market that other stations now seek to emulate. Our audience is a psychograph of interested, involved, passionate, artistic, innovative and independent people of all ages. Listeners are fiercely loyal and tune in longer on average than competitors’ audiences – 14 hours per week. More than 2,000 listeners have joined the RDUnited club, a dedicated band of followers who pay an annual membership to be part of the RDU story and receive its benefits. RDU is the choice of originators and early adopters in Christchurch 18-39 years. The city orients around the RDU ‘gig guide’, broadcast more than 20 times per week. And RDU boasts Christchurch’s leading breakfast show – it’s outlived and outmanoeuvred every other breakfast show in Christchurch. It’s irreverent, it’s original and it’s independent. RDU continues to reinforce its position on campus, with daily broadcasting to the 15,000 strong student population. RDU was 30 years old in 2006. It celebrated this with Christchurch’s biggest outdoor all-ages music event, attracting over 12,000 people. We are very proud to bring this new generation of switched-on, intelligent, aware, and influential individuals the best independent radio in Christchurch.

A Radio Station... in Christchurch

Rolling since 1976, RDU98.5fm is now the only bastion of alternative radio in Christchurch. If you want your music to be considered for playlist fire it through to Gabe Calcott, our programme director - pd@rdu.org.nz