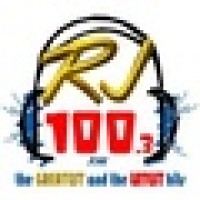 RJ100.3 FM stands as the most succesful radio station whose regular playlist is defined not by genre but by sound, following its "The Greatest and The Latest" format.

Meeting the 21st century head-on, RJ100, the legendary FM station of Rajah Broadcasting Network (RBN) with ten radio stations nationwide, reinvents itself to become the only station not defined by genre or era, but by sound. Backed by the latest computer technology and supported by a staff that lives and breathes music, RJ100 has seamlessly put together the greatest songs of almost four decades as... well as the latest top forty hits by meticulously blending the latest and the greatest sounds in a unique program never before tried in the Philippines. With about 30,000 pre-screened songs in the memory banks, our programmers work as "virtual DJs", researching the hottest hits of the greatest and the latest artists. With eight FM stations in key cities nationwide, only RJ100 has the widest variety of music, plus the perfect mix to suit the taste of each listener from young adults to the baby boomers. See More