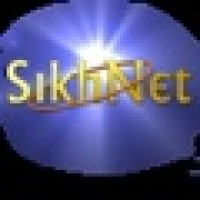 Western Non Traditional is a channel on the radio station SikhNet Radio from Espanola, New Mexico, United States, providing Gurbani and other related music with ... See more a very "western" American flavor, with different styles of vocals and instruments.

SikhNet provides spiritual education & resources in a non-judgmental, neutral environment intended to inspire and uplift all those who participate.

SikhNet exists to provide a global virtual community for Sikhs and all those interested in the Sikh way of life. It does this by providing spiritual education and resources in a non-judgmental, neutral environment intended to inspire and uplift all those who participate in it. SikhNet is a 501c(3) not-for-profit corporation operating exclusively for religious, charitable and educational purposes. ... = SikhNet's leadership = Our policy for the SikhNet News is "good news, good will". We avoid posting political news, or news that's negative in nature, rather we focus on what can inspire and inform. SikhNet is not funded by, nor does it represent, 3HO or any other sect, or organization. We do our part to create unity instead of division, we do not take sides and we do not promote or condemn any Sikh group. Our ideals are to be universal, uniting, inspirational, uplifting and neutral, and that's why we focus more on what can inspire us to be more spiritual human beings rather than on controversy and politics. = How SikhNet is funded = SikhNet is not funded by any other organizations, and relies on two funding sources (1) Donations from users and sponsors and (2) SikhMatrimonials.com membership fees. SikhNet uses these funds to employ three full-time staff, two part time staff, to pay for office expenses, Internet hosting expenses, and to pay for contract labor for special projects, programming, graphics, bookkeeping, system administration etc. = What SikhNet does = SikhNet is the largest Sikh website, receiving over 20,000 visits every day. The most popular feature is the Daily Hukamnama followed by many other services such as the daily SikhNet News, khalsa.com email, SikhNet radio, the Gurbani Archive, Childrens Stories, Featured Videos, Sikhiwiki, the Siri Guru Granth Sahib online and our downloads (Bani files, kirtan audios, Sikhism wallpapers, Gurmukhi Fonts etc.). Explore the World of SikhNet. The SikhNet staff do web development and programming, SikhNet news population, SikhMatrimonials customer service, fundraising/networking, content creation (such as articles and videos) coordinating initiatives like the Sikh Youth Film Festival and events like Jaap Sahib, and Camp Miri Piri. At SikhNet we couldn't do it without volunteers. The SikhNet staff and the international "cybersangat" deeply appreciate the discussion moderators, the English Hukamnama translators and transcribers, the Sikhiwiki contributers, the Youth Q&A moderators, the GurSikh Speed Meeting organizer, the video interviewees, stories for children narrators, and the many members of the SikhNet family who send us news articles, comments and feedback. We are grateful to Art of Punjab for exchanging your beautiful artwork which has and continues to visually brand our new website. Thank you so much to our donors who make this all possible. Donate Now! = History of SikhNet = SikhNet went online for the first time in 1984 with technology that seems primitive to us now. From February 1986 until October of 1994, SikhNet was online as a computer bulletin board system. For ten years, SikhNet was up and online 7 days a week, 24 hours a day, but it finally stopped in October 1994 when Guruka Singh was no longer able to serve as the Sysop (System Operator). After SikhNet had been offline over a year, by the grace of God and Guru, Gurumustuk Singh, our wonderfully talented and creative young Webmaster appeared. Through the efforts of the development team, through your donations, and in collaboration with Sun & Son (a Khalsa owned software development firm based in New Mexico), SikhNet was funded and finally reborn on the World Wide Web on March 24th 1996 Watch "The SikhNet Story" video of how SikhNet began: http://www.youtube.com/watch?v=yTvXYTBRtUY See More