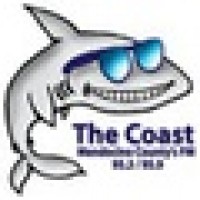 THE COAST CREW are major market professionals who came to Mendocino County to do Real Radio. The call letters left behind include the legends of ... See more West Coast Rock from the beginnings of FM Rock to today, stations like KMPX, KSAN, KLOS, KMEL, and KLSX. Our morning show on THE COAST features the "Dean of Mendocino County News Directors", Joe Regelski, a veteran on San Francisco radio, including KMEL, KNBR, THE QUAKE and THE CITY. Joe is the only local newsperson to cover all the important governmental and civic meetings, presenting factual, timely accounts of all the events of importance to our audience. Scott McConnell joins Regelski as morning host. A veteran of legendary album stations including KMET, KZAP and WXRT, Scott returned to California and took up residency on The Coast in 2006 Kate Hayes is on THE COAST middays. She is a nationally known voice and a veteran programmer and air personality at stations in San Francisco and Los Angeles like KSAN, THE CITY, KQPT "THE POINT", KLSX and more... Kate is also one of the Marconi Award's five finalists for Small Market Personality of the years for 2007 and 2008. In 2008, Kate was also nominated as FMQB Triple A Music Director of The Year for Markets 51+ which is for helping to pick the newer music you're learning to love. Anchoring afternoons on THE COAST, long time Coast resident Marie Thompson, whose resume includes radio and television gigs in Reno and Seattle. Marie brings cleverness and humor to her show, and she’s really good at soccer and a soccer mom too. Nights on THE COAST belong to co-owner, Tom Yates. His dry wit and musical knowledge come from his long history in radio and major market successes, including being the first Program Director of KLOS, plus programming KMPX, KSAN, THE CITY and KLSX, and working as a national consultant The nightly specials and Tom's own "LOCAL LICKS" program keep listeners to the wee hours. Tom also hosts the longest running Beatles show in Northern California Sunday mornings at 8am "Breakfast with the Beatles". Sunday Morning Joe, Joe Seta - lets Tom sleep in a little Sundays. Regularly heard on THE COAST right before Breakfast with the Beatles and fills in brilliantly covering for vacations. And on the late side of Sunday's, co-owner, Vicky Watts is your host for the evening. Also on air: Sarah Haye, for many years your morning host on The Coast left mornings to be a mother. Sarah now also covers for us for vacations and more plus it wouldn't be a Big Fun Fair if Sarah didn't dress up in a sumo suit or challenge Marie on the Wrecking Ball for all of our enjoyment. Russ Faust a long-time Mendocino Coast resident and Coast Crew alumnus. The Coast’s unique blend is right up his alley … you can tell how much he loves the music! He's a huge fan of LIVE entertainment (a few bands have even been known to drag him up to sing a number or two)! Russ says after being away for nearly 15 years, coming back to The Coast (both the Radio Station and the shores of the brilliant blue Pacific) really feels like coming home. Off air, Jamie Peters is The Coast's Account Executive who has got to be one of the most personable people you'll ever meet. Worked in the sales department at KPIX in San Francisco. She can help businesses promote their products and services with clear concise radio ads. Sam Russell who runs us all at The Coast and the office has been at many of the LA (KPPC, KPFK, KMET, KLOS, KLSX) and SF (KSFX, KKCY) stations with Tom, Kate and Joe Regelski in varying capacities. We also have to mention our Engineer, Bill Rett.... if it weren't for him, we wouldn't be here. And he wouldn't be here if it wasn't for the music. He says that THE COAST is the last of the Real Radio Stations. THE COAST is Real Radio .... programmed by long time professionals and hosted by people who just love music.

Mendocino County's FM ... our friends (and fans) just call us The Coast! www.kozt.com