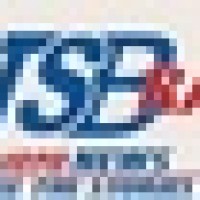 WTSB Radio is a 9,000 watt AM station licensed to Selma, North Carolina.

The Lamm's relocated the studios from Garner, NC to Smithfield, NC.

The transmitter site and communications tower are located off Highway 70 near Clayton.

Before being purchased by Lamm Media Group, WTSB Radio was an all sports station that simulcasted programming with WDUR in Durham.

WTSB Radio was once located in Lumberton, NC and was known for its rich tobacco heritage in Robeson County 'Where Tobacco Sells Best.

' The 1090AM frequency in Johnston County was previously assigned to WBZB, which was sold in 2004 to Triangle Sports Broadcasters.

Power was also increased to 9,000 watts that year, making it the most powerful AM station in Johnston County, NC.

The Lamm Family has a long radio history.

He was later hired for a full time position with WCEC.

In 1948, Carl went to work at WCKB in Dunn, having worked there for ten years.

He and his son, Mickey, now own and operate WTSB.

Mickey Lamm, started working part-time at WMPM Radio in Smithfield, NC in 1985, and became full-time in 1990.

Mickey's wife, Anita, works with him behind the scenes.

Carl's wife, Margie, is a bookkeeper at the radio station.

Their other two children, Lynda Lamm Carroll and Travis Lamm, help out whenever they are needed.

The Lamm's have one goal at WTSB Radio, to put Christ first in everything they do.

Be sure to listen to us daily on 1090AM WTSB - Where The Stories Break!