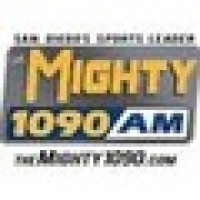 Sportstalk radio in Southern California has travelled a long and winding road, a road that began in Mexico, to a signal that carries up and ... See more down the West Coast.

The Border Blaster signals of Mexico radio became all sports radio for San Diego and Los Angeles starting with seeds planted in 1987 that sprouted in 1990.

XTRA-Sports-690 built its legend as the first on the West Coast.

XX-1090 carries on the tradition today.

As the format grew, it shifted frequencies, taking over the legendary 660-signal that once belonged to WNBC.

WFAN pioneered sportstalk radio for the nation in New York.

San Diego and Los Angeles were right behind, putting the second all sports format on the air in this country, but in a very challenging environment.

XTRA 690, with its towers in Rosarito Beach, began in the 1950s, as a music station, under the Mexican call letters XETRA.

Programming experts ran many formats through the 50,000-watt signal.

Included were beautiful music, rock and roll, solid gold, but it was News-Talk that brought the station its first notariety.

American broadcasting legend Gordon McLendon made XTRA 690 an all-news station in 1961 and ran the format until 1966, becoming the first all news station with a signal that covered San Diego and Los Angeles.

Formats came and went from the mid 60s until the mid 80s.

Beautfiul music became the next successful venture on the 690 signal.

Then in the mid 1980s, the station flipped to sold gold music, with live disc jockets, who commuted to then based Tijuana studios.

Included in that group was the legendary Wolfman Jack, famous as a rock and roll personality, and featured in the movie American Graffiti.

The station became known as 69-XTRA-Gold over a six year run.

Enter John Lynch, owner-operator of the Programming License for the Noble Broadcast group.

He decided in 1987 to take the monster signal to a new and different format.

In a bold move, he acquired the rights to the NFL San Diego Chargers, with the idea he would move the NFL games onto the big 50,000-watt signal.

The initial game plan was to move 69-XTRA-Gold to News-Talk 690.

It began with the hiring of sportstalk icon Lee "Hacksaw" Hamilton, from Phoenix, to become Voice of the Chargers and to host an evening sportstalk show.

Lynch landed the syndication rights to the newly minted Rush Limbaugh Show, plus the contract of the the popular Larry King Show.

But with competition from already established news and talk stations in both San Diego and Los Angeles, Lynch, ever the entrepreneur, elected to go All-Sports, following the near instant success story he saw from the other side of the country at WFAN.

In a stroke of genius and luck, he christened the station "The Mighty 690" and launched all sports on that 50,000-watt signal, booming up and down the Coast.

Hamilton became his drivetime afternoon anchor, using his favorite phrase from "Baja to the Canadian Rockies" as a signature to the strength of XTRA's border blasting signal.

The Voice of the Chargers delivered the "Best 15-Minutes" in radio at the top of every hour, to hook listeners stuck in gridlock on Southern California freeways.

Hacksaw turned his "Sportswatch" show into a truly nationwide content show, appealing to fans whose emotional interests stretched from the Bolts to Padres, to NFL teams back home, the NBA, NHL, NASCAR and golf.

It was a ratings bonanza.

What followed was amazing growth.

Lynch wanting a two man show, happened on the former producer of ABC-TVs Monday Night Football, Chet Forte, and paired him with Hartman.

It became a stroke of genius.

" Sadly Forte passed away from heart disease, but Lynch landed an almost identical clone, in Philadelphia based Bill Werndl.

Philly-Billy became Hartman's polar opposite, and they carried on.

Next to be discovered was the hip college kid from Santa Barbara, Jim Rome, who started as a night time host, blossomed, and was moved to mid days.

Rome's clones, and his "Have a Take-Don't Suck" approach to doing sportstalk took off, appealing to a younger demographic.

Lynch pioneered the idea of syndicating Rome's show, taking it nationwide, and allowing him to move to a national platform that still exists with Premeire Radio.

Fans reacted, and so did franchises.

What followed was a surprise.

Because of its enormous signal, XTRA-Sports-690 became the radio home of the Wayne Gretzky-led LA Kings, the Anaheim Ducks, UCLA football and basketball, and then the USC Trojans, in addition to its legendary 9-hour San Diego Chargers game-day broadcast that has never been duplicated since.

The three cornerstone talkshow hosts, Hacksaw-the Cannons-Rome, stayed together from that 1990 launch until 2002, an extrordinary run for a group of broadcasters to stay with the same team.

Lynch negotiated a power increase that took XTRA to 77,500-watts, as Hamilton called it "The biggest station in the nation".

Changes were on the horizon... As the radio landscape changed in the late 1990s, Lynch sold his Noble Broadcast Group of stations to Jacor Broadcasting in 1996, with XTRA-Sports-690 as the foundation of the San Diego cluster.

In a stunning move, in 1998, Jacor was acquired by Clear Channel Radio of San Antonio.

The sale set in motion the end of one era, but the starting of another in sportstalk radio history.

XTRA-Sports-690 stayed in place until the end of 2002, when Clear Channel announced it was merging the highly successful station with its smaller LA sportstation XTRA-1150, simulcasting on both 690-1150.

Rome had gone national, but was still part of the team.

The historic 690 signal was sold to Spanish group.

In 2003, Clear Channel ended sportstalk as San Diego had known it, growing up.

The stations walked away from their San Diego Chargers contract, despite a Super Bowl run, and finished its agreement with the San Diego Padres.

As XTRA-690 was extinguised, it lighted a fire under John Lynch.

He would re-create the successful venture on a new frequency, the Mexican 50,000-watt 1090 signal.

Oddly, the 1090 signal based out of Mexico also, under the 1937 call letters XERB, had also employed Wolfman Jack in its early years.

Like the old XETRA, it too had drifted in and out of music formats.

That was about to change.

Lynch's commandments to program all sports, revolved around two beliefs.

And he hit the jackpot on both.

In a three month window, he did a deal to acquire the Programming license for 1090, changed the call letters to XEPRS, gave it the "'Mighty 1090" signature, and hired many of key support people who had been let go at his once proud XTRA-Sports-690 station.

He then put the station over the top, acquiring the rights to the San Diego Padres, guaranteeing new listerners, who loved baseball, would make 190-appointments a year to hear their team, on the big new powerful signal, and then call in.

It worked so quickly, 1090 took over the market and has never looked back.

He brought in Billy Ray Smith and Scott Kaplan to take over the morning show.

He brought Philly Billy Werndl over and packaged him with young ESPN announcer Darren Smith.

He also hired the highly popular "Coach" John Kentera to do evenings.

In 2009 he brought back Hamilton to anchor the afternoon drive show to lead into Padres baseball.

Each show different in content, each show appealing to a different demographic, with listeners everywhere in Southern California able to hear and call in.

The format that started with WFAN in New York, and grew to the Mighty 690 and XX-1090 in Southern Calfornia, is everywhere.

There are over 1200-all sports stations nationwide, from the Big Apple to the smallest daytime only signals of Appalachia and Rocky Mountain towns.

They do local talk, carry syndicated talk, and have now tried it on FM signals.

The vision and verve of John Lynch, to do it once, then do it again, has made Sportstalk radio in Southern California a raging success.

His passion to do sportstalk radio on the West Coast has forever touched fans in Southern California.