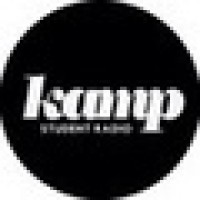 1988 saw the birth of the University of Arizona's first college radio station. From the start, the "Student Radio Task Force" consisted of several passionate ... See more students who broadcasted from a claustrophobic studio in the old Memorial Union. They began with an eight-hour programming block, which hosted various genres of music as well as news and sports.

The BledA Day To RememberAsking Alexandria