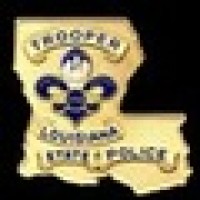 The Louisiana State Police is a statutorily mandated, statewide law enforcement agency. We will ensure the safety and security of the people in the state through enforcement, education, and providing of other essential public safety services.

Welcome to the Official Facebook Page of the Louisiana State Police. With your support, we strive to provide proactive safety messages, community event information, unique insights and pictures of LSP events, and official updates and notifications on incidents, crashes, emergency situations, and other pertinent news in an effort to keep you informed and safe. We ask you for your continued support by sharing our page with your family and friends as we move forward committed to public safety and protecting the great State of Louisiana.

The Louisiana State Police is an organization with an incredibly rich history. Our motto, "Courtesy, Loyalty, Service," has given us direction and inspiration. As the men and women of this organization prepare for the future, we must reflect on the legacy and heritage left by those who preceded us. When the Louisiana Legislature passed a bill in 1936 creating the State Police, few observers could ...have predicted the esteem this agency would enjoy in Louisiana and across the nation. The Louisiana State Police emerged from a highway commission in 1922 with a force of 16 men patrolling the highways on motorcycles to its current status of a state police force of 1050 men and women responsible for all elements of criminal and highway safety interdiction in the state. Louisiana's first attempt at law enforcement on a statewide level came in 1922 in response to the arrival of the automobile. Louisiana had 2,700 miles of roadway and an estimated 102,000 vehicles. The Louisiana Highway Commission was created and given the power to appoint inspectors to enforce laws relating to the highways. The Commission operated with the state divided into ten districts; sixteen officers patrolled the entire state. During the two year period from 1922 to 1924, 114 serious accidents and 18,918 violations of motor vehicle laws were reported. By 1928 the Law Enforcement Division of the Highway Commission was beginning to function as a true state police force. Structural changes were made, dividing the state into three administrative districts supervised by captains. The force had grown to 70 uniformed officers with expanded duties such as managing traffic at large gatherings of people. The officers were also called on in times of emergency such as the "Flood of 1927." The men were commended for their meritorious service in the evacuation of flood victims and patrolling the Mississippi River levees. At this time an additional branch of law enforcement, the Bureau of Criminal Investigation, was established to deal with criminal activity not related to traffic laws. In 1932 the State Highway Patrol was given the authority to carry firearms. On July 28, 1936, the two divisions of law enforcement were combined to form a modern, well equipped, and well-trained force known as the Louisiana State Police. See More