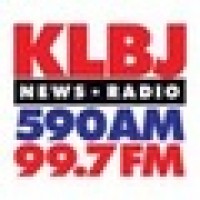 On July 15th 1973, the flag was lowered on the call letters, KTBC, and raised with the new letters, KLBJ. This was perhaps, one of the few times that the presence of the President of the United States, Lyndon Baines Johnson, was felt by the radio station's staff - or its audience. In 1981 KLBJ implemented the “News-Talk” format, which is still in use today. Over the years many famous names have... worked at KLBJ including Nellie Connally, Harfield Weeden (who later became VP of CBS programming), Pat Adelman, J.C. "Jesse" Kellam, John Connally, Bonner McLane, Jake Pickle, Bill Moyers, and of course Cactus Pryor KLBJ AM won a Marconi Award for “Station of the Year” (medium market category) from the National Association of Broadcasters in 1994 . KLBJ AM won a Crystal Award for “Excellence in Community Service” from the National Association of Broadcasts in 1994. See More